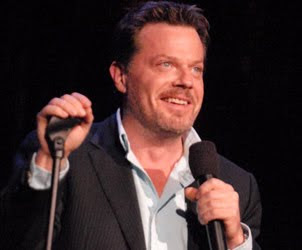 Don’t be disappointed that United States of Tara‘s Toni Collette didn’t win the Emmy for best comedy actress. (Never mind that Edie Falco’s Nurse Jackie isn’t even really a comedy, and Falco herself said she’s not funny after beating out Collette, Tina Fey, Amy Poehler, Lea Michele and Julia Louis-Dreyfus.)
Tara‘s about to amp up the funny for its third season. Eddie Izzard is joining the show in a major recurring role, Deadline reports.
Izzard will play Tara Gregson’s psychology professor, who at first is skeptical of Tara’s dissociative identity disorder and then becomes fascinated with her condition. It is Izzard’s first TV gig in the U.S. since FX show The Riches, which lasted 20 episodes before it was canceled in 2008.
The third season of United States of Tara begins production mid-September in Los Angeles for a 2011 premiere.