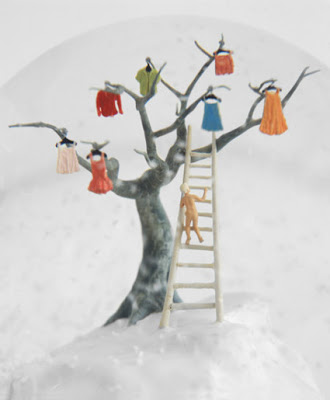 The snow globe. It is often the worst gift one could receive from a visiting relative. Most often it represents some vacation spot that an old aunt spent a week, or, sometimes, if you are a girl, a fancier one (which comes with a wind-up musical number…usually Laura’s Theme) will be given to you on a birthday or special occasion where it will sit on a dresser gathering dust.

Because in reality, no one wants a freaking snow globe.

That is until now.

Artists Walter Martin and Paloma Munoz have taken the simple snow globe and turned it into a horrific story of murder, death and, quite likely, child endangerment.

Each globe represents a miniature world where scenes of horrific brutality are depicted, from giant spiders ripping into the soft yielding flesh of a mountain climber: 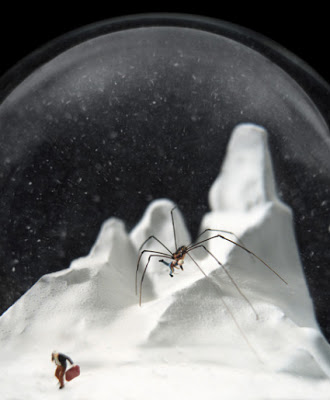 Children nonchalantly being thrown down a well: 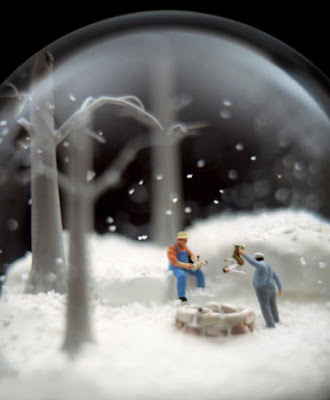 Or, police officers shooting a man in cold blood: 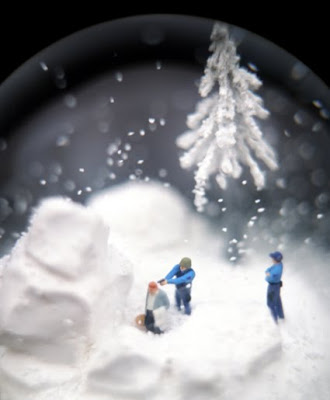 While most snow globes are filled with water and snowy glitter, these globes are constructed specifically to create a world of snow and ice that are threatening and desolate. One where Machine gun toting grandmothers are ready and willing to pick off naughty grandchildren one by one: 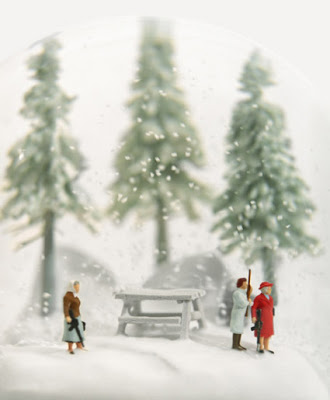 Okay, so globes like this don’t come cheap ($750 a piece) but think of them as priceless works of art that only get more creepy with the passage of time. And, if that doesn’t do it for you, just imagine how incredibly awkward family get-togethers will be if you happen to have a collection of them strewn about your abode.

The look on your mother’s face as she questions your sanity is definitely worth the investment.

For more pics and information on the artists click here