Adobe Creative Suite has become the de-facto standard for design professionals, whether graphic design, website building, or multimedia production including audio and video, and especially of course, the much maligned, but ubiquitous Flash.

Adobe also is the force behind Acrobat and the PDF standard.

Adobe’s industry-leading apps only run in Windows as well as OS X, but they don’t run in Linux. Many clamor for Adobe to port their apps to Linux. Windows is expensive, and Mac hardware is expensive. I can certainly agree that it would be fantastic if Adobe released their apps for Linux. But I’m thinking even bigger.

Why doesn’t Adobe just put out their own Linux distro? 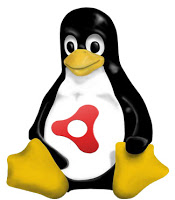 For any business that needs to run Adobe’s Creative Suite, there are only two options – Windows and OS X. Both come at a price.

OS X only runs on Macs, which tend to be more expensive than their PC counterparts. And Windows isn’t cheap. The idea of porting Adobe apps to Linux appeals to many, but one of the main reasons it could be a headache is that there are so many different versions of Linux. It wouldn’t be as simple as Adobe supporting one additional OS. They would have to take into account all of the different variables and quirks that exist and differentiate the many Linux distros. Even if you just take the most popular, top distros, you’re still looking at a handful of slightly different operating systems with unique differences, despite their underlying Linux cores.

So I propose something bolder.

Adobe should put out their own Linux distro. They could bundle the OS with their Creative Suite, and other open source apps that users would need, such as Firefox, Chrome, OpenOffice, etc. They could partner with top hardware vendors like Dell, HP, and Lenovo to sell turnkey Creative Suite systems.  They could even partner with existing Linux heavyweights like Canonical (Ubuntu), Novell (SUSE), or Red Hat (RHEL, Fedora) to put out a re-spin of one those distros that is Adobe-branded.

It should be noted that Adobe does have Adobe Air, their multi-platform application environment that allows web-like apps to run across multiple platforms already, including Linux. It’s clear that they are already thinking big.

I believe an Adobe OS could be successful.

The cost savings of eliminating Windows and Apple would be appealing, especially to businesses that employ dozens, or hundreds of graphic designers and multimedia professionals who spend 99.9% of their workday in Adobe apps and a web browser. And it would be cost-effective for freelancers on tight budgets as well.

I think it would make a lot of sense for Adobe to think really big, and do something bold to shake things up. I would love to see an Adobe OS go head to head with Microsoft and Apple.

Note: For the record, after having this epiphany, I did some research (i.e. Googling) – and found this guy, who put forward roughly the same proposal six months ago.