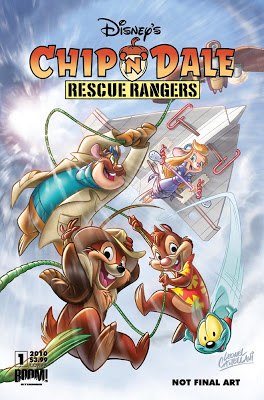 Boom! Studios recently announced that they will be launching a Chip ‘n Dale Rescue Rangers comic this Winter, which is sure to make an Eastern European cult that literally worships one of the property’s characters very happy.

The ongoing comic will be written by Ian Brill, who is the scribe behind the Darkwing Duck mini-series currently being published by Boom!

In an interview with News-a-rama, the writer stated:

Hopefully when people pick up this book they get captivated by the characters, either for the first time or all over again, and are into this globe-trotting adventure they embark on. The original show brought the appeal of Chip and Dale to a new generation. I want to show the appeal of Chip, Dale and all the Rescue Rangers to multiple generations.

One group that is sure to find the book appealing is a group of Russians who have formed a religion behind the Rescue Rangers’ resident techie, Gadget Hackwrench. 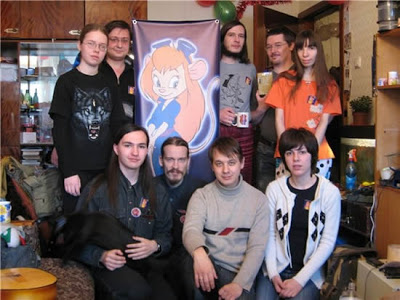 This past Summer, word of the cult spread around the internet thanks to Oddity Central which gathered information on the group from English Russia.

According to Oddity Central:

…a group of Russian fans of Gadget Hackwrench have created a new religion, with the above mentioned cartoon character as the idol. They pray to posters of her, gather to talk about how incredibly great she is, compose songs about her, and spread stickers of Miss Hackwrench, wherever they go. 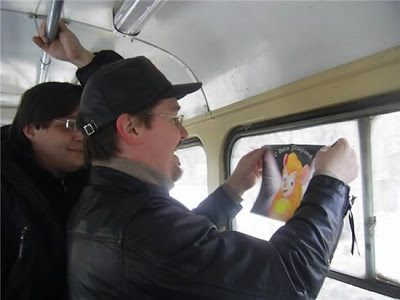 While some readers of the original English Russia post believe the worshipers are merely a “flashmob” of merry pranksters, one poster claiming to be a member of the cult of Gadget responded:

I’m russian and my english isn’t very well…
I’ve found one pic with Gadget in web a couple of days ago, on a popular entertainment site, with a little article of who she is and her story. From that moment i just fell in love with her. I’ve watched the cartoon when i was some about 5 or 6 years old, but even now i can’t remember something from it except the tune, and i’m not interested in it now. But Gadget crashed me into pieces. Her beauty, intelligence, kindness, mixed with fix-it-girl image is so tempting. Her pics from the cartoon are wonderful, but there’re so much fanart where she looks just the ideal female. I look on her and think: what would i like to be changed in her? and understand- nothing. She’s perfect. In our dirty world She’s the only angel. I downloaded lots of her pictures within some days and keep looking and looking on her, just can’t take my eyes off. I absolutely understand the men who started the cult, because Gadget gives all us the hope that there’s the endless beauty in our world. The ideal girl. Which we’ll never meet in reality.
I love you, Gadget. 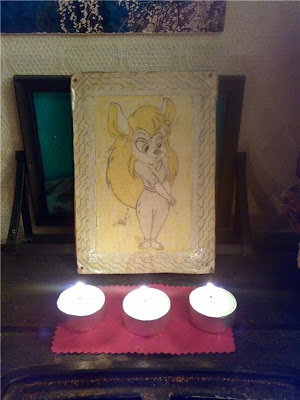 Brill, who is aware of the cult told News-a-rama what he finds so interesting about the character:

…Gadget is always coming up with these inventions that turn household items into artifacts of adventure. It is fun to write a character who is so intelligent when it comes to certain things, and then clueless when about other things (like Chip and Dale’s dueling affections for her). 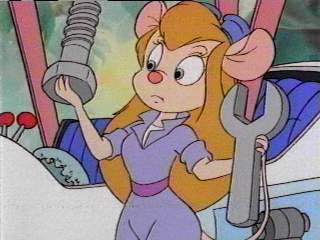 Of the cult itself, he told Comics Alliance:

What can I say? A character as great as Gadget is going to make an impact. If any of them can read English and can get their hands on the book I hope they enjoy it.