It only happens once a century, so live today right and celebrate 90210 — and I’m not talking about whatever the hell is on the tube now, go old school. Like “Gabrielle Carteris, there’s no disbelief that I can possibly suspend to make me think you’re still in high school” old… but we’ll get to that. 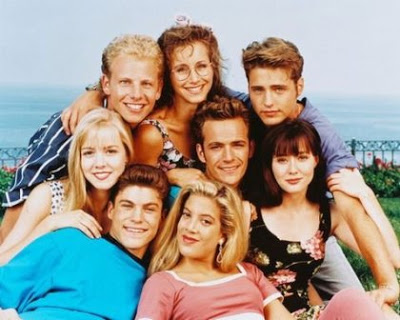 If you’re a product of the 90s, you know Beverly Hills, 90210, whether you’re willing to admit it or not. Fittingly it ran from 1990 – 2000, which means whether you’re a grunge baby or …Baby One More Time was your first and still favorite album, you’re bound to have some kind of emotional attachment to the show.  You either watched it, or everyone else around you did, meaning that you knew as much about the show as a die hard Dylan dork; and this goes for the guys as well as the gals.

C’mon fellas, you had that one friend who “had” to watch it every week because his girlfriend did, and then would start talking about it, which allowed for the conversations about how hot Jennie Garth was and you know that because you’d “seen her on the commercial.” You know. You know you know. 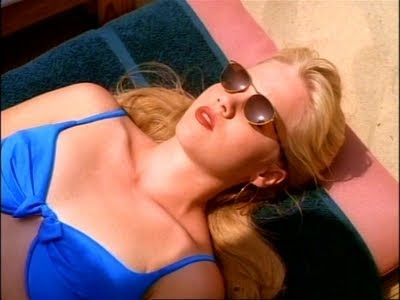 Anyway, while this day is upon us, here are some ways to reflect upon our shared cultural history and visit your inner Peach Pit without getting scarred in a fire, developing a diet pill addiction or joining a cult:

Nice easy one to start off with. Nothing says West Beverly Hills High or California University like a killer set of chops. Before there was a “Team David” or a “Team Jacob” pre-pubescent girls were drawing the line at the Brandon/Dylan divide and that line was largely drawn with a razor at about ear level. 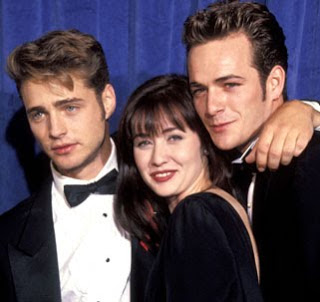 Brandon’s were fuller, but that tapered look just made Dylan seem so much more devilish, didn’t it?

If you’re a geeky dude, you’re probably rocking a beard right now anyway, lose the chin whiskers for a day and let the wind slap your face as you cruise Rodeo on that chopper you can no way afford if you really were from the wrong side of town.

Act Half Your Age

Gabrielle Carteris was 29 years old when she started playing Andrea Zuckerman, a junior at West Beverly High. She was only six years younger than the actors playing the Walsh parents.  Just sayin’ is all…

Have some fun today by tapping into your inner high schooler. Raid your parents’ liquor cabinet for that decades old bottle of blackberry brandy and go get drunk on the handball courts after dusk. Afterwards, you can prank call your ex-girlfriend 100 or so times, just try to remember that it’s 2010 and everybody has caller ID now, not just the rich kids. So remember to do it from a payphone, if you can find one of those.

Got some spread sheets that need fixing and a niece or nephew that can’t do a lick of math?  Don’t let that stop you from making them the head of your accounting department! 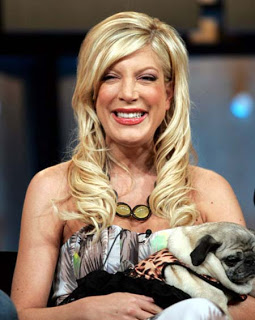 Just remember — while you’re indulging Aaron Spelling sized narcissistic whim — to inflict that niece, nephew or, say, daughter with enough psychological damage and/or create enough body issues in them so that you spend the rest of your life picking up the tab on their botched plastic surgery experiments.

Nothing says white, upper-class, California teenager like an ill-advised turn at the rap game. Prove your street cred by throwing sown some rhymes:

…or put that notebook to work and go all out. Nothing will make an insanely hot, insanely age-inappropriate and flat out insane chick like Megan Fox drop her hip-hugging skinny jeans faster than a full length rap album. It worked for this guy: 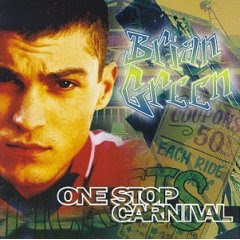 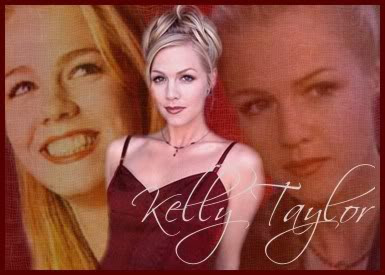 Go there! Get scarred in a fire, develop a diet pill addiction or join a cult.  Do them all!  Kelly Taylor did… and despite any one of those things destroying any one person’s life, she lived though all of those things and was the star of the show by the end of it!  She even launched all of the spin-offs!  While you’re at it: date Brandon; date Dylan; date Brandon and Dylan; get addicted to blow (even when it’s a passe drug);  get amnesia; survive date rape; get pregnant; date Jake (that hunky guy from that nearby apartment complex); miscarry; be told that you’ll never have kids; marry Brandon; have a kid with Dylan; start your own PR firm; then come back to West Beverly as a guidance counselor – because you survived all of those things and were still the hottest one on the show while doing so.  What’s the worst that could happen?  You get a call from Fox every two years or so when they want to milk the cash cow again?  Cha-Ching!  Boo ya!  You’re all that and a bag of chips!  You’re da bomb!  Other 90s Catch Phrase!

Happy September 2nd, 2010 everyone… and don’t feel bad if you can’t fit in all of these little ways to celebrate today, you can treat this like the beginning of Carnival and party like it’s 1990 until October 4th which marks the 20th anniversary of the show’s premiere.