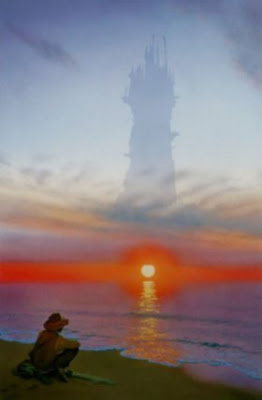 The Dark Tower‘s journey to the screen has lead to Imagine Entertainment and Universal, which will co-produce three feature films and a television series based on the Stephen King penned series of novels and their comic book spin-offs.

King will co-produce with Imagine’s Brian Grazer, Ron Howard and Akiva Goldsman — the trio that successfully translated A Beautfiul Mind and completely muddied up The Da Vinci Code. Howard is on board to direct the first film and the entire first season of the televison show and writing chores for the whole project have been handed over to Goldsman. 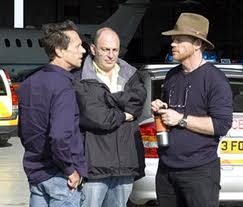 In a statement released to Entertainment Weekly, King said:

I’ve been waiting for the right team to bring the characters and stories in these books to film and TV viewers around the world. Ron, Akiva, Brian along with Universal and NBC have a deep interest and passion for the The Dark Tower series and I know that will translate into an intriguing series of films and TV shows that respect the origins and the characters in The Dark Tower that fans have come to love.

Deadline is calling the comprehensive approach to tell the entire story across multiple media-platforms a feat that “has never been attempted” until this point, and acknowledges that translating the property is a tough nut to shell which has left the likes of veteran head-scratchers JJ Abrams, Damon Lindelof and Carlton Cuse (who together produced Lost) confounded. 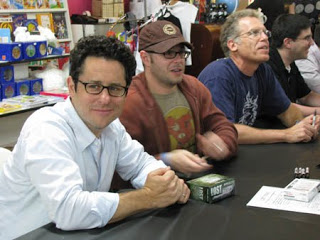 With this story, if you dedicated to one medium or another, there’s the horrible risk of cheating material. The scope and scale call for a big screen budget. But if you committed only to films, you’d deny the audience the intimacy and nuance of some of these characters and a lot of cool twists and turns that make for jaw-dropping, compelling television. We’ve put some real time and deep thought into this, and a lot of conversations and analysis from a business standpoint, to get people to believe in this and take this leap with us. I hope audiences respond to it in a way that compels us to keep going after the first year or two of work. It’s fresh territory for me, as a filmmaker.

The current plan is to make the first film and the first season of the television show simultaneously, with the show bridging the gap between the first and second features.  Another series will follow the sequel, and the whole story will finally culminate in an epic third movie — making the entire process a years’, if not decade’s, long journey for whomever is cast as the Gunslinger himself, Roland Deschain. 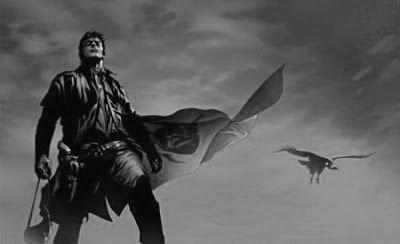 “We will certainly be looking to maximize both creative and fiscal opportunities by creating one enterprise that encompasses TV and movies,” Goldsman told Deadline; to which Howard added: “We will refine our take on the feature and TV shows. We have a clear view of what we want to do, and we’re lucky to have a company with the nerve to back us up on this venture.”

As the ink is still fresh on the deal, further details and a start date have yet to be disclosed, but plenty of more developments are definitely expected to pop up as the project makes it’s own journey down the long road home.