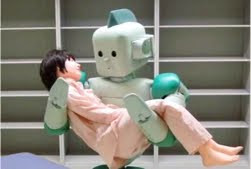 Scientists at the National Rehabilitation Center for Persons with Disabilities, the University of Tokyo and the National Institute of Advanced Industrial Science and Technology have created a robot that can help people afflicted with dementia by systematically nagging them until they have no choice but to give in and do what the robot asks.

Basically, the robots are similar to your mother.

The bots are programmed to recognize the patient’s face and voice and will bark out reminders based upon a schedule set by doctors or family members in charge of the welfare of their loved one. This allows the assholes the ability to leave their sick family member in the clutches of a machine who will probably become sentient and kill them while maintaining that they do, indeed, love them.

Some of the reminders/orders are:

“Today is the day you go to the day-service center, isn’t it?” and “The person coming to pick you up will be here soon. Why don’t you use the bathroom?”

The robots can also alert their frightened patient to the sound of the doorbell and, if the patient is cowering in a corner, covered in their own feces due to the horror of being held hostage by a mechanical overlord, the robot will continue to remind their victim that someone is at the door over and over again in a dead, metallic voice by menacingly asking them “Did you understand?” until said patient simply becomes catatonic and slips into a coma.

The robots should be ready to terrorize people in five years. 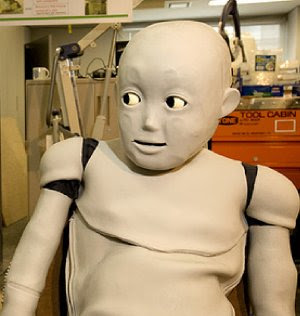 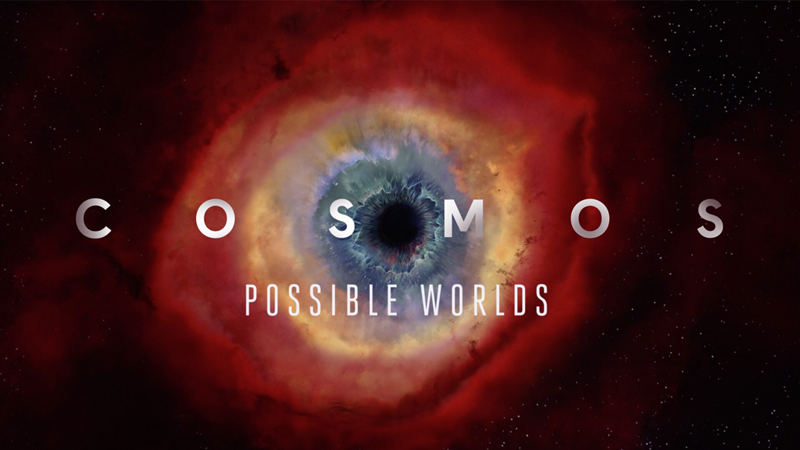