Today in Panels-Per-Second, we’ll be taking a look at the career of James A. “Slim Jim” Salicrup, who has spent nearly 40 years in the comics business, notably as a writer and editor for Marvel Comics during the Bronze and Modern Age of comics — overseeing the X-Men’s “Dark Phoenix Saga,” John Byrne’s legendary run on Fantastic Four, and the creation of Spider-Man’s nemesis, Venom.

Today, he edits other iconic properties such as Tales From the Crypt, Classics Illustrated and The Smurfs for Papercutz, an imprint he co-founded five years ago. This past week saw the release of that company’s The Purple Smurfs, a slightly re-tooled reprinting of the original Smurfs comic that marks the first time that story is seeing print in the English language. 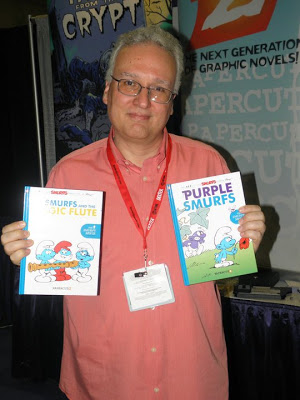 One thing to remember while looking at an overview of Jim’s career is that he is above all things an unabashed fan of comics as medium of artistic expression — a fact which always informs his choices as a storyteller and business man. His love of comics jumps off of every page he’s worked on, which makes those books — even the questionable ones (Uncanny X-Men at the State Fair of Texas, anyone?) — a pleasure to read, even if it is a guilty pleasure. There’s no disputing his success and no question why he’s been in the game for as long as he has, with no sign of stopping.

So read on, True Believers — and come back next week for an interview with Jim here at Forces of Geek!

Jim Salicrup began his career at Marvel Comics in 1972. His original intention was to draw for the “House of Ideas,” but he was hired for a position that would be considered a paid internship by today’s standards. One of his first regular assignments was retrieving an important piece of publisher Stan Lee’s wardrobe from the local wig maker.

He worked his way up through the bullpen as a writer and assistant editor, penning titles such as Spidey’s Super Stories (the Electric Company tie-in comic) and playing the #2 to editor Roger Stern on titles such as Captain America, Iron Man and Thor. Jim also worked with Marvel’s marketing department in creating one of the most unique (and now highly sought-after) pieces of memorabilia – The Amazing Spider-Man and The Incredible Hulk Toilet Paper. 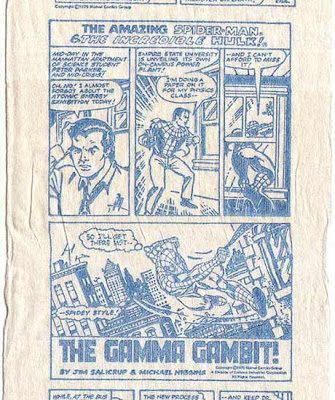 By 1979, he was editing the entire Avengers line as well as The Fantastic Four, Marvel Two-in-One, Marvel Premiere (Issue #50 featuring Alice Cooper was the first full US comic he edited ), Marvel Spotlight, Master of King Fu, and others, including Uncanny X-Men, overseeing the iconic Chris Claremont/John Byrne “Dark Phoenix Saga” until the last issue. As legend has told and recent printings of the trade paperback have revealed, Jean Grey was originally supposed to survive the affair but Editor-in-Chief Jim Shooter felt that Phoenix had to pay for her transgressions with her life.

Jim continued to work on the Fantastic Four with John Byrne – who this time was writing as well as providing the pencils. During the early 80s Jim also wrote and edited a number of Marvel’s licensed titles such as The A-Team, The Visionaries, The Inhumanoids, The Transformers, Kool-Aid Man, Quik Bunny and Sledge Hammer! He also became the driving force behind Marvel Age, Marvel’s monthly promotional magazine which highlighted upcoming titles and up-and-coming artists. (To this day Wizard creator Gareb Shamus credits Marvel Age as the seed of the idea behind his own fan mag empire.)

In 1984 he wrote an edited “a very special issue” of Spider-Man in which the webslinger admits to having been sexually abused as a child in order to get a young fan to open up about his own ordeal. 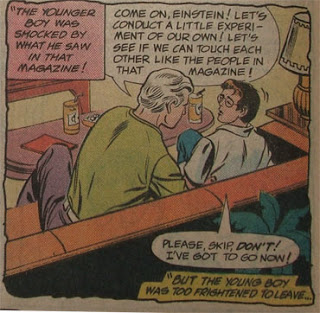 On April 1, 1985 Jim and Marvel Comics were recognized and honored by the United States Congress for their work on the Spider-Man Power Pack Special — although future Spidey editors would eventually expunge the incident from Peter Parker’s continuity, leaving the comic a long box oddity and, according to Topless Robot, the second worst freebie comic of all time.

However in 1986, Jim became permanently entangled in the web of Spider-Man, in a more significant way than toilet paper collectors and the US Congress could ever conceive — he became the editor of the Spider-Man group of titles. At the time, the ailing franchise starred an emotionally stunted Peter Parker, still living in Queens, running around three disjointed titles in the black symbiote suit which was left over from Secret Wars. All that would change in a matter of three years.

By the end of 1988, Peter had lead Kraven on his last hunt, was married off to Mary Jane, living a swank life in a Manhattan apartment and — thanks to Jim taking a chance on a little known Canadian artist named Todd McFarlane — was swinging across three of the best selling books on the direct market in his original red and blue long johns, being chased by his first major villain in decades, Venom. 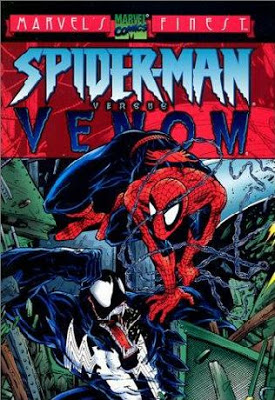 Jim’s run on the Spider-Man books was, some would argue, the most influential since Stan Lee’s days as the original editor of the character. What cannot be disputed however, is that it was the most successful comic book series ever published by Marvel up to that point, with the jewel in the Salicrup/McFarlane crown being the premiere book of the fourth Spidey title, Spider-Man #1, which holds the world record in the Guinness Book for being the Best Selling Spider-Man comic ever.

Salicrup left Marvel after twenty years to become the Editor-in-Chief of Topps Comics, an attempt to break into the comics market by the long running trading card company. In addition to editing and acquiring properties like The X-Files, Bram Stoker’s Dracula, Jurassic Park, Xena Warrior Princess and Friday the 13th, Salicrup also contracted with Jack Kirby to publish “The King’s” last comic venture: the Kirbyverse. 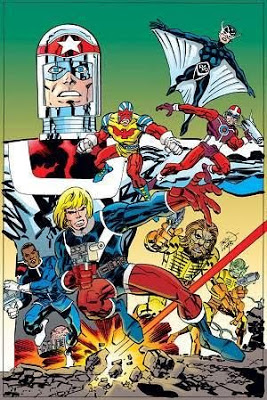 The line took characters created by Kirby and put them into the hands of several Marvel Silver Age legends including Roy Thomas, Gerry Conway, Gary Friedrich, Steve Ditko, Dick Ayers, John Severin, and Don Heck. Salicrup had hoped to score a coup by getting Stan Lee to work on one of the books reuniting them for the first time in decades, but unfortunately Lee’s — then — contract with Marvel restricted him from doing so.

However, once Lee broke off and started Stan Lee Media, Salicrup jumped at the chance to work with his former boss again. While at the ill-fated company, aside from meeting such celebrities as Michael Jackson and George Hamilton, Jim helped plot and edit the Backstreet Boys comic, The Backstreet Project in addition to writing and voicing the animated adventures of Stan Lee’s evil clone which appeared periodically on the web. 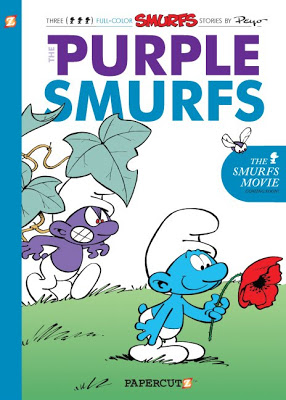 Salicrup was one of the earliest supporters of the Museum of Comic and Cartoon Art, and he serves on MoCCA’s Board of Trustees. He’s a fixture at the organization’s Annual Art Festival, where for a small fee, Salicrup also creates self-professed “lousy sketches” of fans’ favorite characters. For a slightly higher fee, he’ll even offer to do one that’s “slightly less lousy.”

Next week Panels-Per-Second will run an interview with Jim in which we talk about his career in comics and his take on the comics-to-film and film-to-comics processes! Till then — stay ‘tooned!