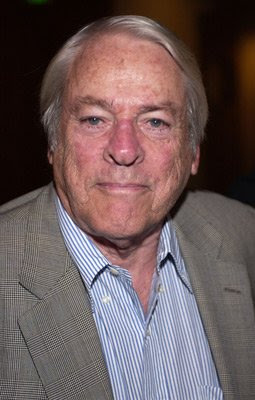 It’s a sad day for all cinegeeks with the news that legendary character actor Kevin McCarthy has passed away of natural causes.

McCarthy had a long Broadway career, and portrayed President Harry S. Truman in the one-man show Give ‘Em Hell, Harry!

With a career that spanned over a hundred films and television appearances over seven decades, McCarthy became part of pop culture history with his starring role as Dr. Miles Bennell in Don Siegel’s 1956 film, Invasion of the Body Snatchers.

His other notable film and television appearances include The Twilight Zone, The Fugitive, Buffalo Bill and the Indians, or Sitting Bull’s History Lesson, Death of a Salesman (for which he was nominated for a Best Supporting Actor Oscar playing son, Biff), My Tutor and Hero At Large.

In addition to Body Snatchers, McCarthy’s best known work comes from his collaboration with filmmaker Joe Dante in the films The Howling, Twilight Zone: The Movie, Innerspace, Matinee, The Second Civil War, and Looney Tunes: Back in Action.