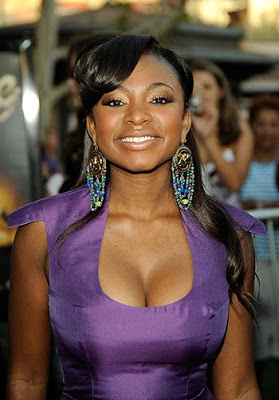 Change is coming to the Mad Men world. Sure, Don Draper and the gang have gone through many changes as the show’s in the midst of its fourth season.
But those changes of the 1960s are gonna come knocking a wee bit harder when Lottery Ticket star Naturi Naughton guest stars on the series — the first time an African-American actor will be featured in a role beyond being the background help.
“I just finished working on [an episode],” Naughton tells Vibe. “It’s a great show and I’m really excited about just having been apart of it. It’s very cool.”

Since Mad Men began, African-Americans have been mostly absent because historically they were virtually non-existent in the professional advertising world of the 1960s. Black actors on previous seasons appeared as elevator operators, nannies or waiters, “but now it’s time and here I come,” Naughton says.

Look for Naughton, and whatever character show creator Matthew Weiner has in store, to debut Sept. 26 on AMC.