Another nail went in my coffin today, as “Smells Like Teen Spirit” celebrated the 19th anniversary of its release. 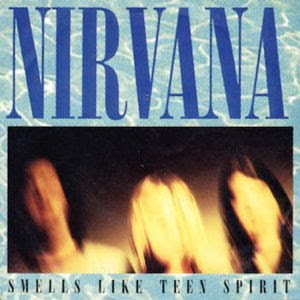 A generation of young adults has been born, graduated high school and presumably started their sophomore year of college since the anthem of my youth hit the “Cassette Singles” section of my local Sam Goody on September 10th, 1991.

Nevermind, the album on which “Teen Spirit” was the lead-off track, will celebrate its 19th birthday on September 24th. 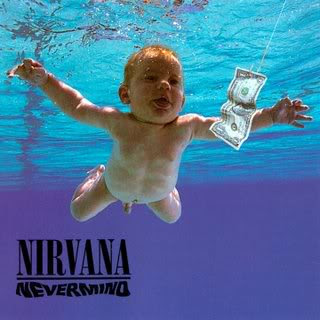 Although both the track and the album failed to chart in the early weeks of their respective releases, the time the video for “Teen Spirit” spent in MTV’s “Buzz Bin” heavy rotation block would eventually earn Nevermind the top spot on the Billboard Top 200 Albums list – famously unseating Michael Jackson’s Dangerous LP on January 11, 1992.

The name “Smells Like Teen Spirit” is an allusion to a piece of graffiti Bikini Kill front-woman Kathleen Hanna sprawled across Kurt Cobain’s wall — “Kurt Smells Like Teen Spirit” — which Cobain allegedly took to have a revolutionary meaning, despite the fact that Hanna was just taking a shot at the Nirvana singer/songwriter for using his girlfriend’s deodorant. 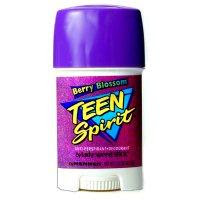 The title and the song have since come to embody the generation that came of age in the early 90s… children of the Baby Boomers, who were notoriously angry and rebellious despite the financial prosperity of their parents and the relative peace of the era — considering the Cold War had just ended.

Originally dubbed a brand of  “punk,” Nirvana’s raw sound and their thrift store wardrobe threw the doors open for “Grunge” to take hold as both musical and fashion movements, effectively marring the glossy sheen of the 80s — killing off Hair Metal as the choice brand of hard rock and dethroning the King of Pop as ruler of the TV and radio airwaves.  Puffy colorful outfits were torn off in favor of flannel shirts and ripped jeans. 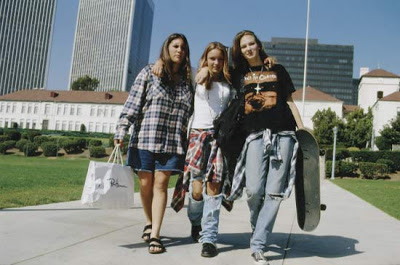 In a 1994 interview with Rolling Stone magazine, the Grunge martyr said the following of the reluctant anthem:

I was trying to write the ultimate pop song. I was basically trying to rip off the Pixies. I have to admit it. When I heard the Pixies for the first time, I connected with that band so heavily that I should have been in that band— or at least a Pixies cover band. We used their sense of dynamics, being soft and quiet and then loud and hard.

The song failed to click, until the band began rehearsing it prior to a 1991 recording session.  Ten years later, bassist Krist Novoselic would recall the session while talking with Guitar World: “‘Wait a minute.[‘ he said to the band.  ‘]Why don’t we just kind of slow this down a bit?’ So I started playing the verse part. And [drummer] Dave [Grohl started] playing a drum beat.” 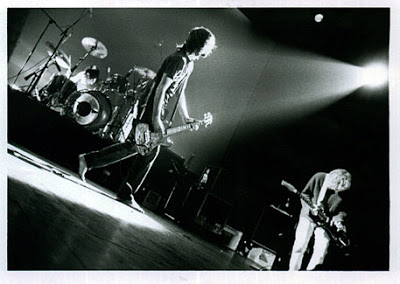 The contribution of the other two members of the Nirvana was so significant, that Cobain shared writing credit with them, making it the only song on the album on which he would so.  Another contributor was Nevermind‘s producer Butch Vig, who helped arrange the song and made significant edits to the chorus.

Recent polls have placed “Teen Spirit” in the top pop songs of all time, with VHI naming it the “Number One Song of the 90s,” MTV ranking it as the 3rd best pop song and Rolling Stone placing it ninth on its recent list of the 500 Greatest Songs of All Time.

To honor today’s anniversary, Yahoo Music unearthed director Samuel Bayer’s original cut of the music video and offered the following facts about the song that defined a (read: my) generation:

• Nirvana themselves recruited the kids who starred in the video, passing out flyers at an L.A. show the night before the shoot that read, “Nirvana needs YOU to appear in their upcoming music video, Smells Like Teen Spirit. You should be 18 to 25 years old and adapt a high-school persona, i.e., preppy, punk, nerd, jock …”

• Director Samuel Bayer has said he scored the job by calling the record company and saying, “I’m starving and I need a gig.” He’s also admitted that Cobain plucked his reel out of the pile of demos because it was the worst: “I think that Kurt Cobain decided that it was a very punk thing to do to pick the nonconformist to do his video.” The budget for the “Smells Like Teen Spirit” video is estimated to have been between $30,000 and $50,000.

• The band wanted to reference “Over the Edge,” Matt Dillon’s 1979 feature film debut, in which a group of bored kids rebel and demolish a school. Bayer says Nirvana was also inspired by the The Ramones’ “Rock ‘n’ Roll High School,” which was also released in ’79.

• After a full, exhausting day of shooting, during which both the band and the extras became antsy and irritated — “He hated everything I did, and we fought like tooth and nail,” Bayer has said of his clashes with Cobain — the director granted Cobain’s request to let the kids destroy the soundstage. “It’s all real,” Bayer said of the mayhem in the final cut. “The last 30 seconds of that video is those kids destroying the set and I just happened to have a roll of film in the camera.”

• The janitor wringing out his mop and bopping along to “Teen Spirit” also appeared in “Weird Al” Yankovic’s parody video of the song, “Smells Like Nirvana.” His name is Rudy Larosa, and he was actually employed as the janitor at Bayer’s apartment building. “He had an asthma attack from all the smoke on the stage…”

• Cobain wasn’t enthusiastic about playing “Smells Like Teen Spirit” over and over during the shoot, but he had a big hand in the final edit of the video. After Bayer revealed his director’s cut… Cobain stepped in and asked him to remove some extra characters, like the school principal. “Looking back, it wasn’t that good,” Bayer has admitted. Cobain flew down from Seattle to sit down with Bayer and lock in changes. It was ultimately the rocker’s decision to unconventionally stitch together the guitar solo so his hands were on the wrong place on the guitar.