I’m wondering if we should change the name of this column to “Small in Japan”, given the diminutive nature of this month’s focus and the lack of respect it receives in general here in Tokyo.

I’m talking up architecture, and no—not the newer, over-the-top miracles of stone, glass, plastics and metals that crop up in Odaiba and Ginza and Aoyama. This month I decided to peer instead into the rear vision mirror, looking for the sense of history that (sometimes) feels like it’s sadly lacking in this metropolis.

You can forget the ancient temples and shrines; they already get plaudits even though most of them have been recommissioned or rebuilt after the general destruction of the Great Kanto earthquake (1923), fires, and the Allied carpet bombings during World War 2.

So what precisely am I thinking?


Well, the wooden abodes, quite often plastered; they’re simple houses, shops and other treats with shoji doors and strange takes on the “bay window” concept. 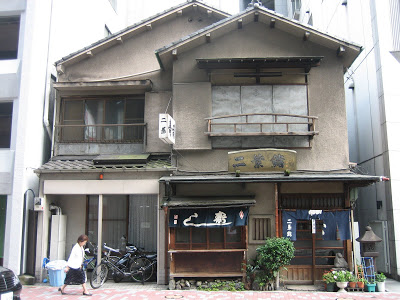 One of the things I can’t help doing over here is seeking out the trace-elements of these places.

Hardly an elementary pastime, since much of this has been removed by the aforementioned triad of earthquake, war and fire, and much of what has survived has been systematically removed due to the rapid pace of reconstruction and renewal that Tokyo undergoes on a day to day basis.

You’ll still find the structures in obscure arrow alleyways in downtown areas, or even in parts of Ginza—one of the most luxurious shopping districts in the world and the most expensive real estate in Japan—like this samurai armor shop I stumbled across last year. 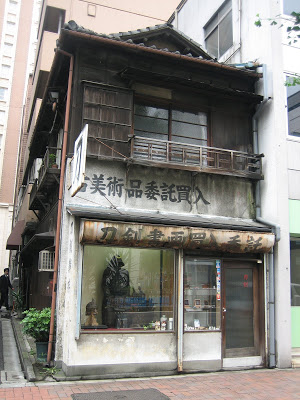 When I moved into my apartment in Okusawa, near Jiyugaoka, five years ago there was a brilliant two story derelict house just round the corner (see picture). As-yet-unslain curiosity cat that I am, I just had to investigate.

The place was open to the street, yet—as per most Japanese derelict abodes—no squatters had ever lived there. In the drawers were old clothes including dusty kimonos, and while the tatami mats were water-logged and buckled up, and the building wasn’t in the best condition, it could’ve been fairly easily renovated.

Six months later it was torn down and replaced with a car park for the apartment block next door. 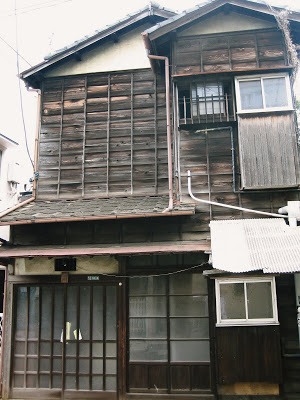 Like that demolished residence in Okusawa, most of these wonderful places are probably overdue for demolition—ostensibly because of reported fears of use of asbestos in the construction, as well as concerns that they’re not earthquake-proof buildings.

Coupled with the costs of making structures seismically-sound and attractive to an ageing clientele forever interested in things new, developers in Tokyo place precedence on the wrecking ball rather than on landmark (or at least vaguely culturally significant) properties that’re getting a wee bit long in the tooth. 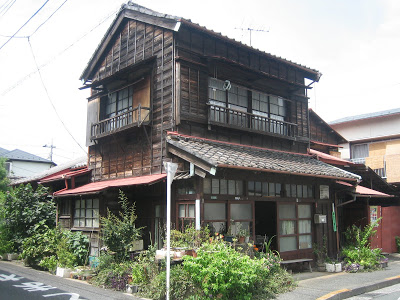 You get the impression that all these buildings are blocking the path of funkier, newfangled residential crystal palaces—while the government certainly hasn’t wasted a lot of time considering notions like architectural heritage and its preservation for future generations.
It’s a feeling that Minoru Takeyama agrees with 100%, and he also stresses local ignorance.

“Both of my buildings are recognized among foreign architects, but not known domestically in Japan,” he says.

Takeyama is best known here for the landmark Ichi-maru-kyu (109) building in Shibuya, erected in the late ‘70s—but a decade before he’d conjured up a couple of far more iconic towers in Kabukicho, a few minutes’ walk from Shinjuku Station, and thereby created some of the earliest examples of Japanese architectural postmodernism.

It’s these, rather than the 109, that give Takeyama kudos in architectural circles in the West. 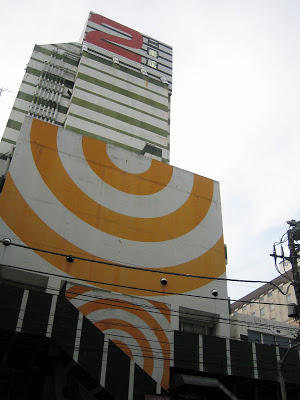 If you raise your eyes from the garish thrall of the surrounding men’s host clubs, you get to see the pop art colors of Nibankan (Number Two Building, 1970), which looks like Roy Lichtenstein had a hand in the palette, and the monochrome, superb Gigantor-styled Ichibankan (Number One Building, 1969).

Both buildings have, however, seen far better days. 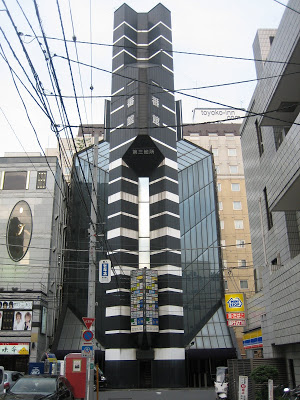 “The buildings are in a terrible state,” Takeyama told me for this article. “My understanding is that the my client sold the ownership to an entertaining company rather recently. I have no contact with the new owner, and just wish that they preserve the buildings.”

One senses Sankei are biding their time, and the buidings themselves are just waiting to be demolished.