One of the real joys of doing research on film is having access to the collected works of a dedicated scholar, whose own research paved the way for those writing in the field today.

Primary sources, first-hand accounts, interviews, recordings, and other documents provide a rich trove of materials from the past that future historians can continue to access and draw on, bringing their own interpretations to the material and constructing their own theories and arguments from the facts that have been recorded and made available.

For researchers, there’s nothing quite like that feeling of stumbling across a bit of information that you never expected to find. Perhaps a piece of correspondence, or an old studio document, that sheds some new light on an area of film history that has been overlooked or misunderstood for too long. 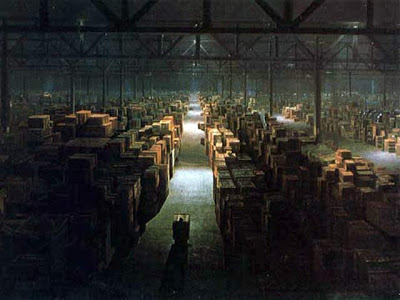 The availability of paper and print materials, housed in archives, libraries and museums all over the world, is key in being able to have access to this information. With the advent of digital technologies, especially as those technologies have begun to supplant the print materials used in the past, a question arises of how future historians will access the research being done in the early 21st century.

Books have been written on the differences between print and digital media. But I’ve read relatively few accounts of how it will affect research, beyond the merely technical issues of retrieving digital documents.

For instance, imagine notes taken during some late night film screening, with only the light from the screen to illuminate your notepad. Somehow, those barely-legible scribblings can contain more about the experience of watching the film than simply neatly-typed, cleanly-formatted notes written in a Word document.

Those hand-written, scribbled notes contain as much information about the conditions in which they were recorded as about the film itself.

A handwritten outline for an article or essay provides a glimpse in to the entire creative process behind the piece. Corrections, revisions, changes and other notations are clearly marked on the page as being at once separate and a part of the whole text. When writing in a Word document, for instance, we make our corrections as we go along, and short of saving multiple drafts of every single revision, the “paper trail” of the creative process disappears. Even then, individual notations and minor revisions are still bound to be overwritten in the process.

These may seem like minor points, but for the future researcher, returning to digital media is going to provide a different kind of experience in terms of what can be drawn from the documents. 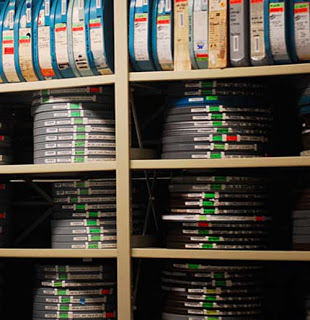 And then there’s the issue of digital archiving and preservation, which is an entire concern by itself. How will documents be retrieved as the media changes? What if a researcher’s computer is junked? Imagine all of the information that could potentially be lost. Correspondence, in the form of emails, drafts of documents, research, digital files of newspaper clippings, even whole manuscripts, could disappear in an instant if not properly preserved.

Even leaving aside the question of future generations of researchers, there’s the dilemma faced by the contemporary writer in trying to archive his or her own work. Unlike a handwritten or typewritten page, which can be easily filed away into a filing system, digital documents present a different set of issues of filing. Granted, they certainly take up less space. But unless they are carefully named, sorted and organized, they can disappear into a sort of digital abyss of file folders on an external hard drive.

Even with the compact space made possible through digital archiving, there’s still the fact that we can’t save everything for future generations.

The issue of saving multiple drafts, which I mentioned earlier, is one concern. As file formats change over time, there’s the issue of going through the files to convert, update and save new versions. Unless one has a tremendous amount of time to devote to such a project, there are choices that have to be made. Charles Tashiro, in discussing with me this very issue of selecting which materials to preserve, said that “What we choose will be based on what we value. There is no way to anticipate what the future will value, however. Thus, the most sincere, dedicated efforts to preserve are limited by our incapacity to know or imagine what will be important to those who will have to deal with the choices we make today.”

Part of doing research always involves sorting through the materials which have been chosen for preservation. 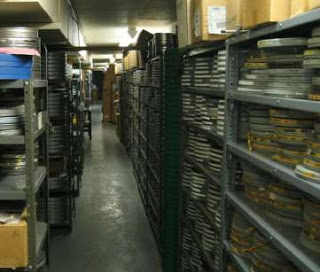 Thankfully, film history, and film historiography, is a relatively young field which means we have access to a large number of primary source materials dating back to the beginning of the medium: trade papers, periodicals, reviews, columns, and studio records and memos that provide a first-hand glimpse in to the period.

It remains to be seen how much is preserved for future generations of researchers, but it will certainly require adapting to new technologies and specifically to changes within those technologies that could have serious consequences on the ability to access research.