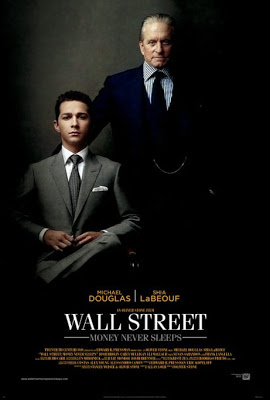 
Oliver Stone delivers a capable film that doesn’t quite knock it out of the ball park as its 1987 originator did. While Michael Douglas still exhibits his gravitas in his iconic role as Gordon Gekko, there is still something lacking in this movie. Taking place just before and after the market crash and housing fall of 2008, the themes are unfortunately still timely, but not completely moving. Carey Mulligan continues to earn her stripes as a peerless actress for her generation in what could have been a throwaway role. Shia LaBeouf, though miscast, holds his own as the Young Turk who is driven to take down the cause of his mentor’s denouement. The ending is too fairy tale for the subject matter, but all in all, it’s still entertaining.

In this article:Movie/DVD Review, Sequels, Written by Jacqueline Cruz