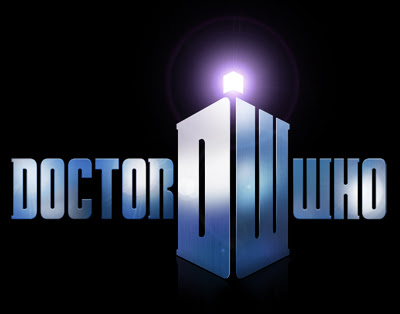 Don’t be shocked if you see a Cyberman in your backyard or the TARDIS in front of a KFC, because Doctor Who is headed to the states!

For the first time in the long running series, production will actually take place in the United States, with Matt Smith’s Doctor taking part in an adventure set in the late Sixties.

Full details after the jump!

DOCTOR WHO TO FILM IN THE U.S. FOR THE FIRST TIME
Upcoming season’s first two episodes to be set in the U.S.
The BBC announced today that season six of Doctor Who, which delivered record ratings for BBC AMERICA earlier this year, will open with a spectacular two-parter set in the U.S. and penned by ‘Who supremo’ Steven Moffat.
In the special two-parter co-produced with BBC AMERICA, key scenes will be filmed in Utah for a story set in the late ‘60s in which the Doctor, Amy and Rory find themselves on a secret summons that takes them on an adventure from the desert in Utah – right to the Oval Office itself.
Production on episodes one and two of the new season starts in Cardiff this month and Matt Smith, Karen Gillan and Arthur Darvill will then travel to America in mid November to shoot pivotal scenes. They will also be joined by Alex Kingston who reprises her role as River Song.
Showrunner and lead writer, Steven Moffat, said: “The Doctor has visited every weird and wonderful planet you can imagine, so he was bound get round to America eventually!  And of course every Doctor Who fan will be jumping up and down and saying he’s been in America before.  But not for real, not on location – and not with a story like this one!  Oh, you wait!”
Piers Wenger, Head of Drama BBC Wales and Executive Producer, added: “Steven’s scripts generally inspire us to go that extra mile – this time we’re going that extra four thousand. Thanks to our friends at BBC AMERICA and to the continuing ambition of our lead writer and production team, the first two episodes of Matt Smith’s second season as the Doctor are going global and look set to become Doctor Who’s most action-packed and ambitious season opener yet.”
The new season follows on from the Doctor Who Christmas special guest starring Katherine Jenkins and Michael Gambon which is due to premiere during the holiday season.  Season six will start airing on BBC AMERICA in spring 2011 and has been split into two blocks, with the second block airing in autumn 2011. By splitting the series Moffat plans to give viewers one of the most exciting Doctor Who cliffhangers and plot twists ever, leaving them waiting, on the edge of their seats, until the autumn to find out what happens.
2010 has been a breakthrough year for the Doctor Who franchise across all platforms since BBC AMERICA became the official home of the series. The series reached the number one spot on the “Top TV Seasons” chart on iTunes and now Doctor Who: The Complete Fifth Season hits stores on Blu-ray and DVD on November 9.
Doctor Who was co-commissioned by Ben Stephenson, Controller, BBC Drama Commissioning for BBC One and Jay Hunt, Controller of BBC One and will be produced by Marcus Wilson (Life on Mars) and Sanne Wohlenberg (Margaret).  Steven Moffat is Lead Writer and Executive Producer (Sherlock Holmes) with Piers Wenger, Head of Drama, BBC Wales and Beth Willis (Ashes to Ashes), also Executive Producing.
Filming is taking place in Cardiff until March 2011.