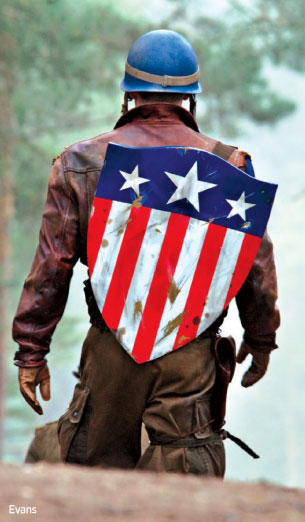 Tomorrow’s Entertainment Weekly will officially unveil the first look of Chris Evans as Captain America from Joe Johnston’s upcoming movie as well as coverage from the set in London.

The movie — which also serves to set up Marvel’s 2012 superhero team-up, The Avengers –– hews closely to Captain America’s WWII-era origins. The year is 1942, and Steve Rogers is a scrawny lad who desperately wants to fight Nazis for his country but can’t because he’s been deemed physically unfit. His fate — and his physique — is radically transformed when he signs up for Project: Rebirth, a secret military operation that turns wimps into studs using drugs and assorted sci-fi hoo-ha. There’s a love interest (Major Peggy Carter, played Haley Atwell), there’s a sidekick (Bucky Barnes, played by Sebastian Stans), and there’s the Red Skull (Hugo Weaving), Hitler’s treacherous head of advanced weaponry, whose own plan for world domination involves a magical object known as The Tesseract (comic fans know it better as The Cosmic Cube) 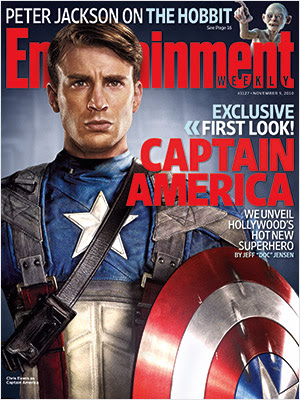 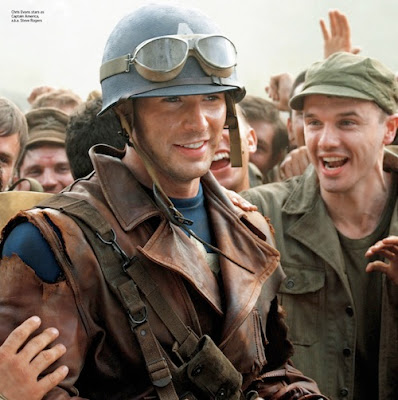 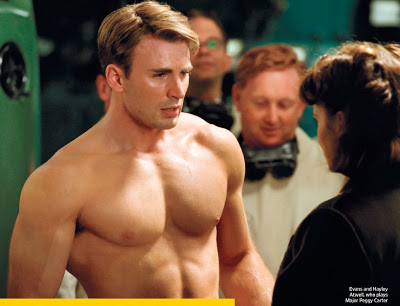 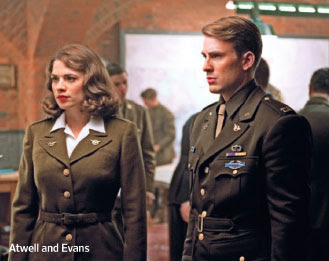 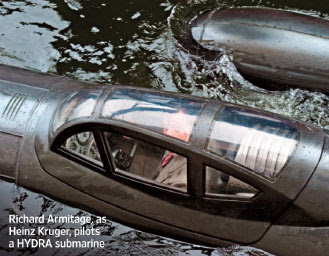