In 2009, Matt JOnes released his debut Vinyl Art Toys ‘Lunartik in a Cup of Tea’ at the Forbidden Planet Megastore in London. 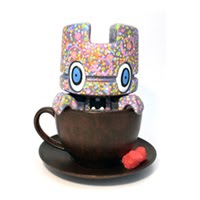 They are also being auctioned off for Chari’Tea to help raise money for the NSPCC.

Bidding opens on October 15th and closes on October 22nd. There’s no reserve on your Tea… but go on, be brave and bid as much as you can!

50% goes to the NSPCC Children’s Charity.
25% split between the Artists
25% invested in the Mini Custom Tea Tour coming in 2011 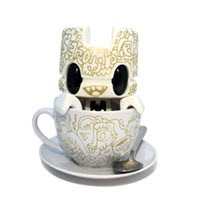 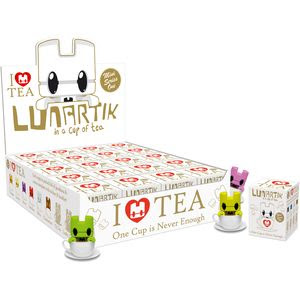 And don’t forget – if you can’t grab yourself a big Cup of Tea, the collectable minis are now available! Brewed to perfection by Matt JOnes, this first series includes twelve fresh flavours and four hidden special brews. 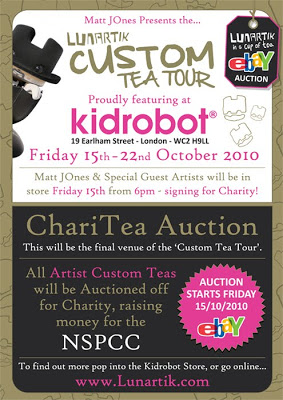