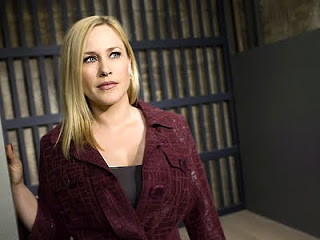 Medium may be running out of lives.

It already escaped NBC’s clutches in 2009 to live again on CBS, but its days may be numbered after a seven-season run. CBS has cut the order for the Patricia Arquette-starring ghost drama from a full 22 episodes to 13, Deadline reports.
Medium has not been cancelled yet. However, CBS did the same to Numbers before ending it. After fulfilling Medium’s 13-episode order, creator and showrunner Glenn Gordon Caron will focus on development for CBS TV Studios as part of his deal there.
One thing is certain: Medium’s afterlife will continue on its lucrative syndication deal with Lifetime.

In this article:Horror/Supernatural, Television, Written by Marvin C. Pittman