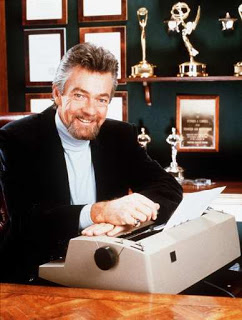 Television producer/writer and novelist Stephen J. Cannell has reportedly passed away from complications associated with melanoma.

Unlike many television producers, Cannell was incredibly prolific, writing hundreds of scripts, despite being dyslexic.  He also wrote 17 novels, many of them featuring LAPD detective Shane Scully.

Cannell will most likely be remembered for his television work.  Among the programs that he created or produced are 21 Jump Street, The A-Team, Baretta, The Greatest American Hero, Hardcastle and McCormick, Profit, Renegade, Riptide, The Rockford Files, Silk Stalkings, Tenspeed and Brown Shoe and Wiseguy.

I can think of no better tribute to such a talented man then to celebrate his legacy with the work itself. Check out some of his best television shows after the jump.