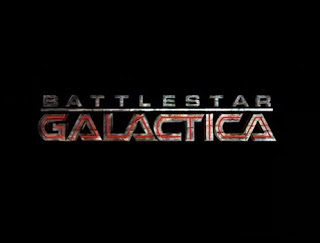 OK, Battlestar Galactica fans. You want more backstory? Caprica not enough for you?
Syfy thinks so, anyway, as the network is planning to air Battlestar Galactica: Blood & Chrome, which follows the war adventures of a young William Adama. Syfy executive Mark Stern tells TV Squad that production on the pilot — which started as an online series idea — is expected to begin in early 2011 and likely won’t air until early 2012.
The Galactica ship is expected to make some appearances as well. Stern: “Here’s the Battlestar Galactica as a brand-new, shiny ship — well, not shiny, but as a new ship that had just been commissioned. What was that like?”

Blood & Chrome takes place in the 10th year of the Cylon War, placing it about 20 years after the events of Caprica and 40 years before BSG. Recent academy grad Adama and a rookie pilot take a female character on an important mission which, if successful, could turn the tide of the war.

BSG executive producer Ronald D. Moore has no official role on Blood & Chrome yet, but Stern says he’s involved. Other BSG vets are already on board: David Eick and Blood & Chrome pilot writer Michael Taylor are executive producers, and Bradley Thompson and David Weddle are producers.
It is unknown whether Nico Cortez, who played a young Adama in Razor, will be available to reprise the role.
The other big questions if whether Syfy can handle two BSG prequels. Stern says the new show is not a replacement for Caprica. A decision on Caprica‘s renewal should be made no later than Nov. 15, Stern says.