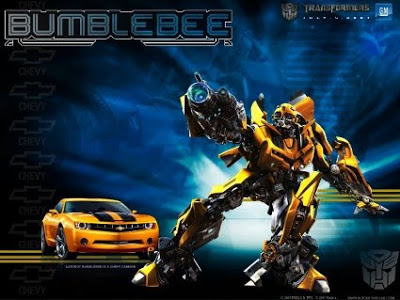 He’s definitely gonna feel this in the morning

Michael Bay loves explosions, car chases, and the sound of metal scraping against the ground so it seems only appropriate that on the first day of shooting Transformers 3, production would be halted due to a police SUV deciding to speed through a scene and crash into Bumblebee.

The Police officer was apparently making his way to a call of a “suspicious package” and didn’t seem to be aware that a movie was being made what with all the cameras and everything lining the streets.

Fortunately no one was badly injured and production continued later in the day (although you would think that this might have been a sign from the movie Gods that Michael Bay should stop ruining my childhood).

And lucky for all of us, a FOX News team was on hand to capture the sights and sounds of a crash that will probably end up in some Bay film later on.