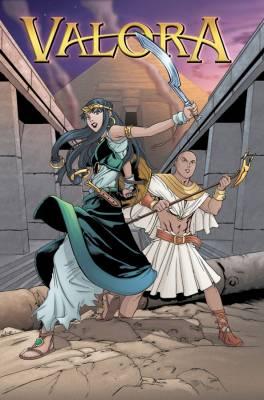 The band Valora isn’t just playing gigs, but also fighting the forces of evil in a new comic and music video.

In ancient Egypt, where a forbidden romance has developed between the son of the high priest and Valora, who is one of the queen’s bodyguards, and will end in violence and death…but not before a ritual is performed that binds their souls together for all eternity. The ritual involves crystal shards from a powerful and mysterious orb… An orb that our two lovers will spend many lifetimes trying to keep out of the hands of people who would

Check out the motion graphic video after the jump and their official site HERE.