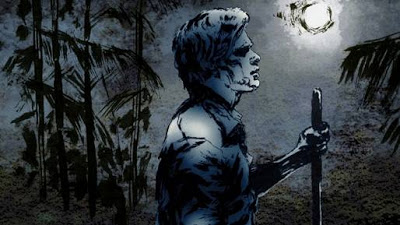 Dexter Morgan is challenged by a copy-cat killer who does not follow any sort of code. The story opens immediately after his father Harry’s death, with Dexter in his early twenties and his sister Debra still in high school. Dexter is enrolled in medical school where he’s studying anatomy to improve his “craft.” During a routine kill, Dexter realizes that another student has been spying on him and knows that he is a serial killer. He confronts the student after he begins to commit murders in Dexter’s style and the two clash over the ethics of their situations. Dexter’s faceoff with his ‘Dark Echo’ represents the first time his code is tested since his father’s death, and the incident helps reinforce the importance of Harry Morgan’s code.

The series chronicles Dexter’s life as a young serial killer, and this new season is illustrated by Emmy Award nominee Bill Sienkiewicz (“Batman,” “Superman” and “X-Men” comics) and acclaimed comic book illustrator David Mack (Marvel Comics’ “Daredevil” and “Kabuki) and voiced by DEXTER star and executive producer Michael C. Hall. The episodes will also be available on SHOWTIME ON DEMAND.

After the jump check out both seasons of Dexter: Early Cuts!

SEASON TWO: DARK ECHO
And be sure to check out SEASON ONE
For more Dexter, check out the Official Site, Facebook Page or Twitter Feed.

In this article:Animation/Anime, Television, Watch This