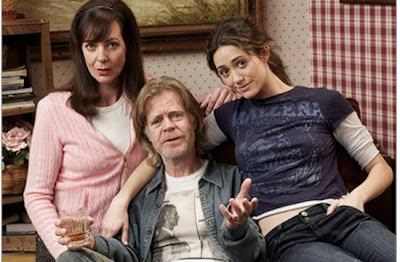 SHOWTIME and acclaimed Emmy® Award-winning television and film producer John Wells (ER, THE WEST WING, SOUTHLAND, THIRD WATCH, FAR FROM HEAVEN, SHOWTIME’s AN AMERICAN CRIME) are bringing SHAMELESS, the long running British series to American television starring Emmy® Award-winner and Oscar®-nominee William H. Macy (Door to Door, Fargo, Pleasantville, The Cooler). Showtime has ordered a pilot for this one-hour drama tracing the lives of a very unconventional family which will be executive produced by Wells and the series’ original creator and Emmy® Award-winner Paul Abbott, one of Britain’s most critically and commercially successful television producers. The announcement was made today by Robert Greenblatt, President of Entertainment, SHOWTIME Networks Inc. The pilot will be shot in December.

“We are honored to be bringing arguably the best American and British television producers together for this unique look at a very complicated family,” said Greenblatt. “And you’ve never quite seen dysfunctional family drama this way before due largely to the fact that Paul Abbott lived it. And this compelling look at a family teetering on the edge gets even better with the extraordinarily gifted William H. Macy playing the father you wish you never had.”

John Wells said, “I’m delighted to be working with Showtime to adapt Paul Abbott’s controversial and thoroughly hilarious show for American audiences. SHAMELESS is wildly politically incorrect and painfully honest. With one of my favorite actors, Bill Macy, agreeing to join us, I can’t wait to get started.”

SHAMELESS is Abbott’s (STATE OF PLAY, TOUCHING EVIL, RECKLESS, and CLOCKING OFF) most personal work, inspired by his own complicated life growing up in a working class family with eight children. For the U.S. version, the sprawling Gallagher family has been transplanted to working class Chicago during the challenging times of today’s recession. Making ends meet is always difficult especially with a mother who is AWOL and an alcoholic patriarch — played by Macy — who usually ends up passed out on the living room floor. 18-year-old daughter Fiona is left to the task of keeping her five younger brothers and sisters on the straight and narrow, a task that usually proves impossible.

Check out the trailer of what is an unquestionable must see after the jump.

In this article:First Look, Television