DC Comics wants you to think that “Superman: Earth One” is going to repackage the Man of Steel for the next generation, make him useful in this world of swirling toilet abortions and curb-stomping, but their clamoring for an audience that only really understands the Superman they see at Target, not the character and what he represents.

Written with a heavy hand by J. Michael Straczynski (who did his version of Superman far more effectively in “Supreme Power”) and drawn stiffly by Shane Davis, “Earth One” follows a brooding Clark Kent as he enters Metropolis for the first time. Pa Kent has already gave him the Glenn Ford speech about his reasons for being here, but Clark is indifferent about being “super.” Taking the easy road, he attempts to cheat at life by playing professional football and using his brilliant mind to get work, but this all proves unfulfilling until Metropolis is threatened by an authority just as powerful as him. 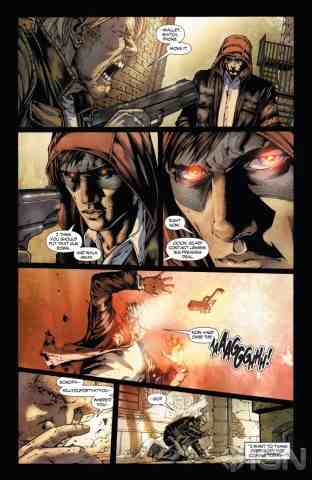 I can’t fault DC Entertainment for attempting to upgrade Superman.  For years, they’ve been struggling to keep the Man of Tomorrow relevant and each attempt has varied wildly in terms of success. Sure, the comic book fans will pine over the old soggy red and blue bastard whenever someone “spits on his cape,” but the rest of the world could care less. They’ve proven with their box office dollars that dead celebrities playing anarchist make more money than believing “that a man can fly.” The world doesn’t want Superman unless he is a tattoo or unless they can wear him on a shirt. Superman is a symbol, not an interesting narrative…not anymore. Why? Our expectations have changed. In the current American culture (especially, when it pertains to youth which is the demographic “Earth One” is trying to target) symbols of strength are guys like Mike “The Situation,” not the clean cut Superman.

Regardless though…what could “Superman: Earth One” possibly offer our Earth Prime health care-less asses anyway? What is so different this time that it’ll pry potential young readers from the self-centered clutches of the 21st century and send them singing John Williams’ beautiful leitmotifs into the heavens? Well, to J. Michael Stracyznski’s credit, the writer tries desperately to renegotiate the terms of Superman’s appeal with his reader, but in doing so he turns The Man of Steel into The Kid of “Twilight” Crystals. He’s mope-y, tormented, and a little self-centered.

Admittedly, I’m not a huge fan of the character; I think he’s a little too narrow for our gray world. However, I did grow up with Superman. I grew up with Christopher Reeve winking at me before end credits, I grew up with John Byrne thrusting his perversions on Superman, and I even sat and waited patiently like an asshole as he died and came back like some Jesus allegory/sales gimmick. I mention all this because I want you to know that I had a normal childhood of Superman-rearing, so when the world wants Superman to change I think I deserve a say. And I say that I don’t want my Superman to have my problems! Superman should have world problems. I want him to punch the shit out of time and kick out of garbage compactors! I want him to kiss Lois in that “come here, bitch” way and arm wrestle gods! I want my Superman to be a man, and if the modern world can’t get with that then maybe it is time to leave him in the past, because Superman shouldn’t have to cut himself with Kryptonite to get a rise out of people…it’s beneath him. 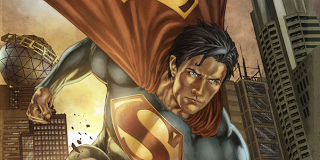