3D seems to be all the rage right now.

I can’t go to the cinema without getting bombarded for ads for the latest 3D wonder.
3D televisions are becoming increasingly mainstream, and may start to replacing the 2D versions within the next few years.

Heck, I half expect the National Park Service to advertise “Old Faithful – in 3D” any moment. And yet… 3D is nothing new.

In fact… it’s more than a century old!

Don’t believe me… well, I’d hardly be the “Historigeek” if I didn’t tell you. 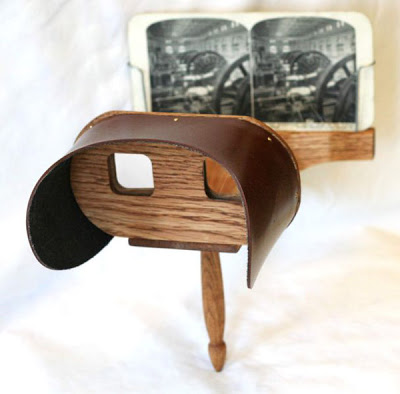 The 1840’s saw the invention of something called a “Stereoscope”… which is nothing more than a pair of images that are drawn or photographed from perspectives that are about 2 inches apart (the same distance as the human eye). The images were then placed in a simple viewer, which was often little more than a wooden frame that held the picture in place and ensure that each picture could only be viewed by one eye. 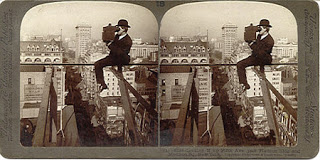 By the 1850’s, stereoscopes were all the rage, and would continue to be popular until well into the 20th century.

Imagine, if you will, the impact.

People who could not dream of traveling to far off lands were able to get a three dimensional image from anywhere in the world. Virtual tourists could travel to exotic places, if only at the rate of one image at a time. 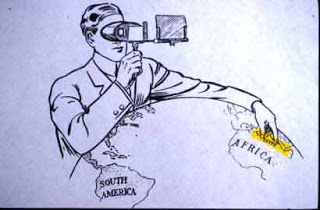 Vast stacks of stereoscopic views were found in everyplace from schools to libraries to homes.

Eventually, the stereoscope would be supplanted by other forms of media, first movies, then the famed “Viewmaster,” and most recently by 3D motion pictures. 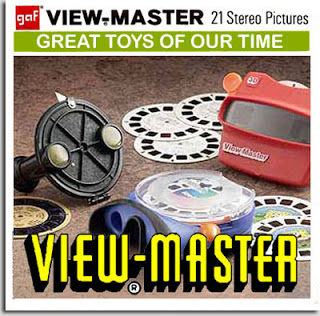 But the stereoscopes remain, in museums, antique stores, and the occasional home. If you ever get a chance, I highly encourage you to pick one up, place in one of the images, and transport yourself back to a time when 3D was a new technology.

In this article:Art/Design, Computers/Technology, History, Written by Jonathan Ryder