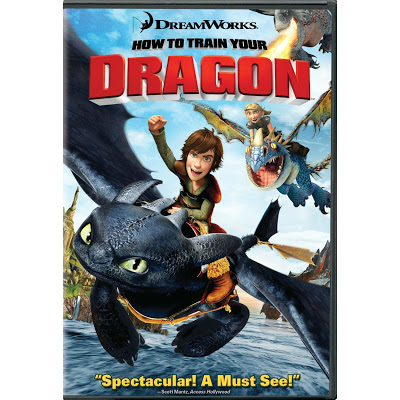 The Pitch
An adventure comedy set in the mythical world of burly Vikings and wild dragons, based on the book by Cressida Cowell.  The story centers around a Viking teenager, who lives on the island of Berk, where fighting dragons is a way of life. Initiation is coming, and this is his one chance to prove his worthiness to his tribe and father. But when he encounters, and ultimately befriends, an injured dragon, his world is turned upside down.

The Review
With the exception of The Incredibles, Dreamworks Animation has accomplished something that Pixar doesn’t, deliver a fun, action packed story without over-sentimentalizing it to the level of a Hallmark card.  How To Train Your Dragon is the kind of imaginative adventure with a sly sense of humor that rarely seems to be made anymore, in animation or live-action.

Despite a familiar story (thanks to Joseph Campbell’s Power of Myth), How To Train Your Dragon is , nevertheless a spirited execution with a fantastic voice cast, excellent visuals and stunning animation (particularly during the aerial scenes) that makes you feel like a kid again.

And isn’t that all you want from a movie like this?

Extras include commentary, featurettes and trailers. A 2-disc edition is also available that includes the new short, LEGEND OF THE BONEKNAPPER DRAGON, as well as more features including deleted scenes, a video jukebox and more. Highly recommended.