When the so-called “Framers” wrote the final draft US Constitution, they starting it with three little words “We the People.”

Yet, words that ultimately beg the question “Who exactly ARE ‘We the People’?”

Our first reaction might be to respond: “Isn’t it obvious? ‘We the People’ means all of us.” And yet, like a certain famed swordsman might have said “You keep using that phrase. I do not think it means what you think it means.”

A quick look at history reveals just how the whole concept of “We the People” has changed with the times. 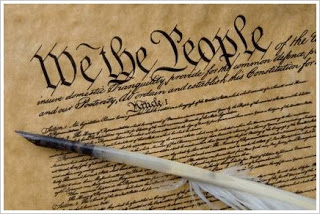 When this country was founded, it’s actually surprising how many people were denied the vote. Not just women and blacks. Many states kept the vote from people without property. As late as 1842, my home state of Rhode Island required that a man own approximately an acre’s worth of land in order to vote. Not a problem in an agricultural society, but quite problematic when a society is moving rapidly towards industrialization. Even after changes were made in 1843, countless people were still denied voting by the state constitution.

“You keep using that phrase.”

As the 19th century moved forward, the concept of “We the People” continued to shift.

The 15th Amendment assured that African-Americans had the right to vote. Poll taxes kept countless people from the polls. In the late 19th and early 20th centuries, women advocated more and more, eventually winning their rights in the 19th Amendment. America’s definition of “We the People” had expanded tremendously in 140 years or so.

In the 20th century, the concept kept expanding. Poll taxes were abolished. At the tail end of the Vietnam War, it was determined that an 18-year-old who could be drafted to fight for democracy should also be allowed to vote in said democracy. The concept expanded yet again.

Even today, as the 20th century has given way to the 21st, the debate still rages.

The latest debate rages around the idea of a picture identification, and whether insisting that a potential voter present one will prevent voter fraud more than it disenfranchises those who, for whatever reason, do not have any forms of identification.

Perhaps it would be best for us to continue to listen to the voice of that swordsman, and hope that when we say that phrase, that it truly means what we think it means. 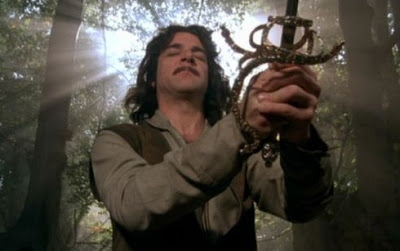