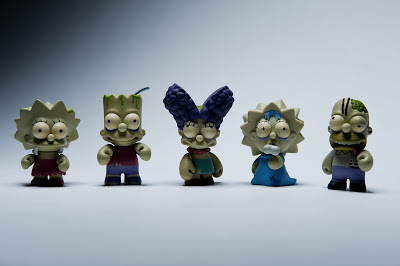 Tonight, Fox premieres the 21st annual Treehouse of Horror on The Simpsons. 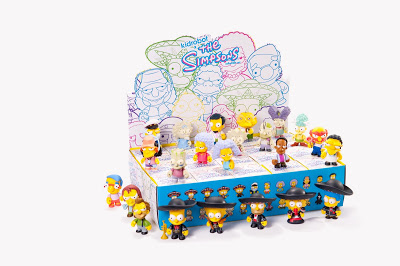 With 25 new figures in total, THE SIMPSONS series 2 will be the biggest Kidrobot-produced mini-figure series to date. Each vinyl figure stands 3-inches tall, includes a character sticker, and comes blind boxed to preserve its identity. Figures will be sold separately (or can be purchased by the case) for $9.95 at all five Kidrobot stores, kidrobot.com and at select retailers worldwide alongside the first Simpsons series 1.

Kidrobot founder Paul Budnitz says, “The Simpsons have been a giant influence on the aesthetic of Kidrobot. It is hard to describe how exciting it has been for me to work with The Simpsons team to create toys that are essentially a mix of our two styles of artwork.”

Robert Marick, EVP of Fox Consumer Products, adds, “THE SIMPSONS is a strong, stylized brand that artists can really have fun with. Kidrobot pushes the envelope to create fantastic, high-concept toys that are great additions for any fan of the show.”