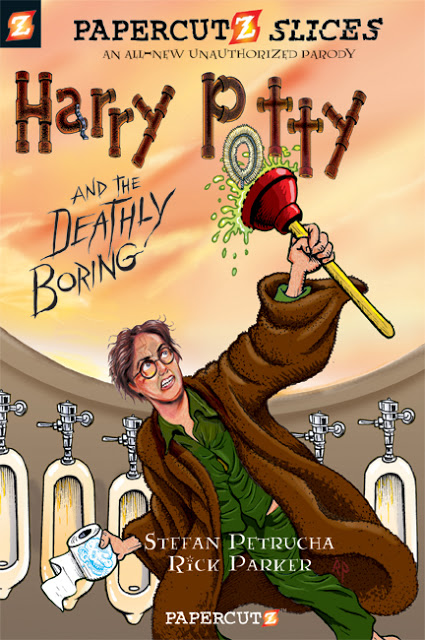 Papercutz, perhaps the only comic publisher focusing entirely on a young audience has just released their latest volume in their Slices line, Harry Potty and The Deathly Boring, and has announced their first video tie-in contest geared at younger readers.

Check out the MAD-inspired sample pages below by Stefan Petrucha and Rick Parker and share information about the contest details after the jump with any younger comic or Harry Potter fan. 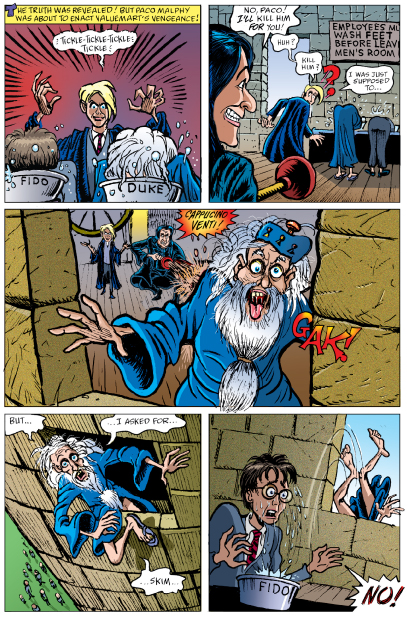 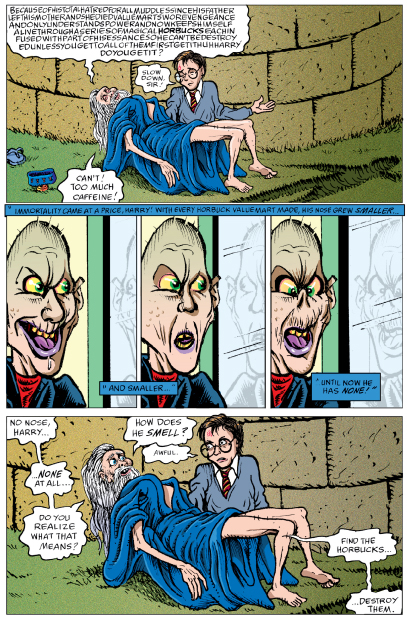 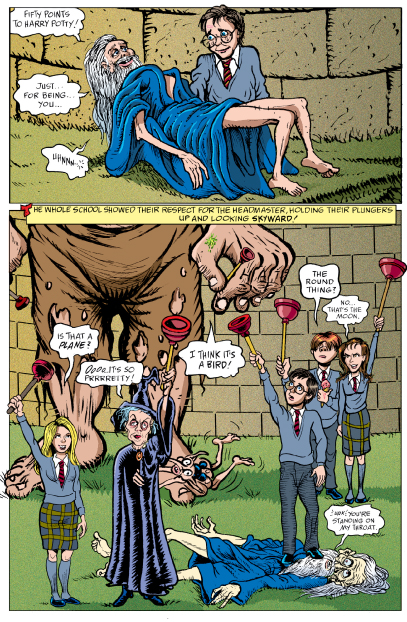 Rick Parker and Stefan Petrucha, the team behind the hit TALES FROM THE CRYPT #8, get together again, this time taking on a very recognizable young wizard! Following the killing of their mentor Dumb-As-A-Door by the seemingly traitorous Barista Frappe; Harry Potty, Don Measley, and Whiney Stranger must find a way to defeat the nose-less dark lord Value-Mart and his followers the Odor Eaters in order to avenge the death of Harry Potty’s parents and bring balance to the world of magic.

To celebrate this release, Papercutz is excited to announce a contest open to all would be wizards eager to show off their most unusual or ridiculous magic tricks.

To enter you must make a video in which you display your wizardry skills by performing a magic trick.

We are looking for slide shows, animation, live-action, a combination of all of these or maybe you can come up with something totally new and incredible.

Grand Prize is a hardcover copy of the book, Harry Potty and the Deathly Boring autographed by creators Rick Parker and Stefan Petrucha and a $100.00 shopping spree on the PAPERCUTZ website!

All submissions will be available to Papercutz for submission to YouTube and other online
opportunities and promotion.