In 1984, the first Criterion Collection disc hit the marketplace. It was Citizen Kane, broadcast in the original aspect ratio and with a remastered picture and never before seen extras. Each title that followed elicited a dedication to excellence that no individual studio had ever undertaken. The first 40 releases were like a poor man’s film school, with filmmaker commentaries, essays, and documentaries, that for all posterity remain the single greatest library of titles a single studio has ever released. When The Beatles’ HELP! is the 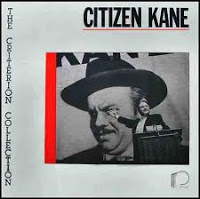 weakest link, you know you’re in for a treat! By the time the collection made the leap from Laserdisc to DVD, most film studios were regularly producing extras for their home video product, and at less than half the average retail price of Criterion’s DVDs. Soon after, studios stopped licensing titles that had proven successful for Criterion on LD, and issued their own DVDs, which were often equal to or better than the Criterion releases. As title selection diminished, more not-so-classic films entered the collection. Now, with over 550 sku’s, one begins to wonder: is Criterion still worthy of the respect heaped upon them for their initial seminal Collection?

I sometimes feel like I’m too harsh on the Criterion Collection. On the one hand, titles like Armageddon and The Royal Tenenbaums have no business being included in a collection of films alongside Rules of the Game, L’avventura, Rebecca or Seven Samurai. But on the other hand it’s hard to imagine any other label releasing Vengeance is Mine or Picnic at Hanging Rock and making any money at it. I bought every one of their first 300 DVD releases, but after The Life Aquatic, I decided to stop buying every disc just because it was from Criterion Collection. The cost and my dwindling interest in their title selection curbed my obsessive buying, ironically just as some of my favorite titles were hitting store shelves (The Man Who Fell to Earth, Le Samurai, Naked).

Honestly, if Criterion had dropped their prices when all the studios lowered theirs, I might have kept up with my subscription (so to speak). Mainly because I’ve been cursed with collector mentality for most of my life, but I digress. I’ve come to realize that my anger with Criterion is more of a problem with my own expectations than with anything they’ve done. The truth is that I hardly buy any DVDs anymore. Since I bought more of their DVDs than anyone else’s, and since I had been won over by their stellar branding and marketing, my adhoc boycott seems perhaps more pronounced.

Since I became aware that Criterion Collection has released Hausu (a film I had attempted to license when I ran Panik House Entertainment), I logged onto the Criterion site and scrolled back through the past year of titles. And I was awestruck by what they’ve released. #453-475 are all titles that I want to own. Three-quarters of #478-495 are, for me, must haves, and #496-522 contain a risky batch of popular titles that brings a smile to face. I would consider 85% of them to be welcome additions to my permanent collection. And #523 to present remind me of the good old days, when the catalog mixed highly sought reissues (like Paths of Glory) with films I’ve never seen (like L’Enfance Nue) and recently, overlooked, foreign independents (Gomorrah) that look amazing.

Maybe I’m mellowing with old age, but I can forgive the inclusion of Sweet Sweetback’s Baadasssss Song (from back in the laserdisc days) because of the inclusion of Symbiopsychotaxiplasm, and I can forgive Darjeeling Limited for Paris, Texas. I’m thrilled that Stagecoach has finally made it. The recently remastered BBS Story is like finding the family jewels in a box in the basement. It’s nothing short of incredible that Columbia would sub-license films like Easy Rider, Five Easy Pieces, and Last Picture Show. This will be the first DVD Box set for which I’ve paid money since Anchor Bay’s The Films of Alejandro Jodorowsky.

So to answer my earlier question: is Criterion still worthy of the respect so often heaped upon them? Hell, yeah.