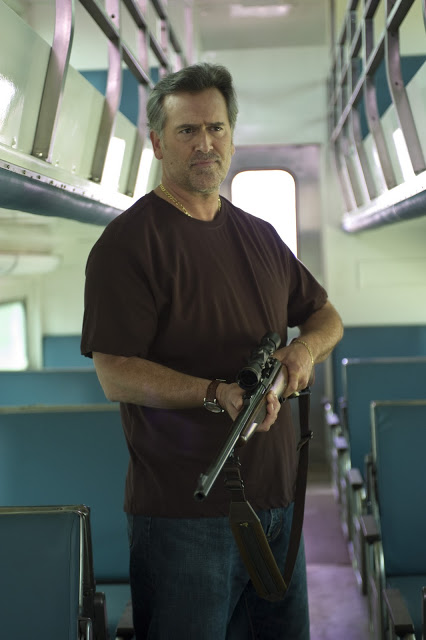 And fans of the series are already quite familiar with his work.

The prequel, set in late 2005, begins after a faction of Colombian rebels makes trouble for the locally stationed military platoon, with Lieutenant Commander Sam Axe (Campbell) being sent down to advise. As the mission unfolds, Sam begins to uncover the dark secrets of the area, learning the truth about sacrifice, deception, and ultimately what’s worth fighting for.

BURN NOTICE continues to be one of the hottest shows on television, as the #1 scripted show on basic cable this past summer averaging 3.4 million in P25-54, 3.1 million in P18-49 and 7.3 million total viewers