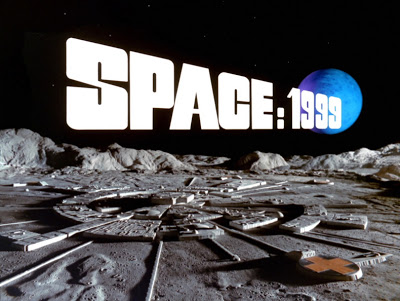 Next week, Space:1999 comes to Blu-ray as the first season of this cult classic from iconic producer Gerry Anderson  is released just in time for the holidays, meticulously restored and looking amazing.

Not familiar with this beloved show?

In Anderson’s epic series, it’s 1999 when a spectacular explosion at a lunar nuclear waste dump sends the moon out of Earth’s orbit, propelling the men and women of Moonbase Alpha on a treacherous journey across the universe.  Left with no way home, the Moonbase residents, led by Landau (“Entourage,” Ed Wood) and Bain (“CSI,” “Mission: Impossible”), are forced to embark upon the greatest adventure of their lives, encountering bizarre life forms and strange phenomena as they struggle to survive among the awe-inspiring wonders of deepest space.  And, although, their ultimate journey only lasted two seasons and, in a New York Times review (1975), noted author Issac Asimov thought it implausible that so large a lunar base would exist by 1999, SPACE: 1999 captured and enraptured the minds and souls of a sci-fi hungry generation. 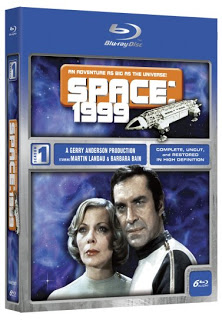 To enter, please send an email with your name and address and the subject header “SPACE:1999” to geekcontest @ gmail dot com and answer the following question:

U.S. residents only. You must be 18 years old. Only one entry per person per day and a winner will be chosen at random.