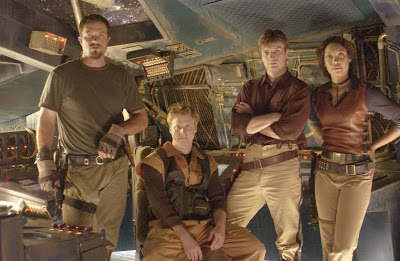 Before you have a heart attack, no one is producing new episodes.

But, the cult series is coming back to television via Ovation, a multiplatform network focused on art, design, culture, dance and entertainment. 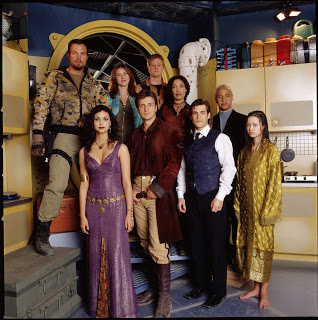 Starting on January 3, Ovation kick off a week-long, limited run of Joss Whedon’s cult classic Firefly. Each night, three full episodes will air during primetime, beginning at 8.00 p.m. ET/5.00 p.m. PT with an encore presentation at 11.00 p.m. ET/8.00 p.m. PT. A Firefly marathon will run all day on Ovation on Saturday, January 8.

Starring Nathan Fillion (ABC’s Castle) and Summer Glau (The Cape, Dollhouse), Firefly has won numerous awards, including the 2003 Emmy Award for Outstanding Special Effects in a television series and SyFy Genre Award for Best Television Series. The series premiered in 2002 on FOX and quickly formed a cult following, which led Whedon and Universal Pictures to produce the feature film, Serenity. The franchise also developed into a comic series and a role-playing video game.