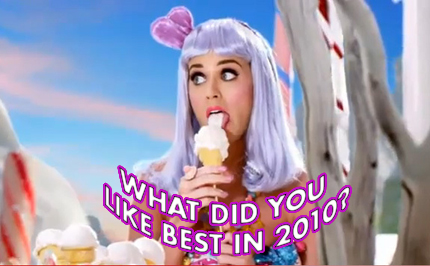 Over the next few days, we’ll be checking in with FOG! Contributors, past and present, and friends of the site to get their thoughts on what they liked best this past year. 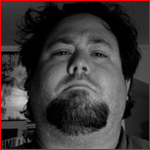 Stefan Blitz, editor-in-chief, Forces of Geek
Movies: The Social Network, The Town, Let Me In, Easy A, Kick-Ass, Scott Pilgrim Vs. The World, Black Swan, True Grit, Rare Exports, A-Team, Knight & Day, Hot Tub Time Machine
Television series: Fringe, Community, Modern Family, Being Human, Party Down, Dexter, Justified, The Walking Dead, Lost, Batman: The Brave and The Bold
Books: Blood Oath by Christopher Farnsworth, Mad Skills by Walter Greatshell, Fade In: The Writing of Star Trek: Insurrection by Michael Pillar, Game Change: Obama and the Clintons, McCain and Palin, and the Race of a Lifetime by John Heilemann and Mark Halperin
Album/Songs: Katy Perry (“California Gurls”), Cee Loo Green (“F*ck You”), Rhianna (“Only Girl In The World”), Ke$ha (“TiK ToK”), The Bird & The Bee (Interpreting The Masters Volume 1: A Tribute To Daryl Hall And John Oates), The Prodigy (“Stand Up”)
Comic Books: Batman titles by Grant Morrison and various, Jimmy Olsen by Spencer and Silva, Mystery Society by Niles and Staples, Fantastic Four by Hickman, Eaglesham, Epting, Nemesis by Millar and Niven, Strange Tales II by various
Video Game: Angry Birds
DVD/Blu-ray Release: Six Million Dollar Man The Complete Series
Viral Video: “Nicolas Cage Wants Cake“
Music Videos: My Chemical Romance “Na Na Na (Na Na Na Na Na Na Na Na Na)”, Katy Perry “California Gurls”
Favorite web site:  Gonna go with Forces of Geek.
Celebrity crush: Gillian Jacobs
Biggest disappointments of 2010? My father’s Alzheimer’s progression, the perpetual event mentality of the comic book industry, the country going from bad to worse, the cancellation of The Hills.
What accomplishment were you most proud of in 2010? Forces of Geek continues to produce some of the best writing on the internet.  That, and I taught my dog Harry how to tie my shoes.
What are you most looking forward to geeking out over in 2011?  Grant Morrison comics, huge summer movies, the All-Star Superman animated film, and hopefully a series on MTV called My Sweet 16 and Pregnant:Jersey Shore. 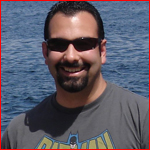 Ryan Jackson, former columnist, Welcome To The Thunderhouse
Movie: Inception
Television series: Terriers
Book: Sleepless by Charlie Huston
Album/Song: The Suburbs by Arcade Fire
Comic Book: Anything Batman by Grant Morrison
Video Game: Uncharted 2
DVD/Blu-ray Release: Alien Legacy Box Set
Viral Video: Antwon “We Got a Rapist Up In Here”
Music Video: Derezzed by Daft Punk
Favorite web sites: Forces of Geek, What Would Tyler Durden Do?
Celebrity crushes: Emma Stone; Rachel Weisz, still!
Biggest disappointment of 2010? Brightest Day by DC Comics; except for the Aquaman parts . . .
What accomplishment were you most proud of in 2010? Re-reading all of Morrison’s Invisibles! =)
What are you most looking forward to geeking out over in 2011? Multiversity by Morrison and the Thor movie from Marvel Studios! 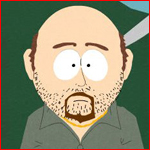 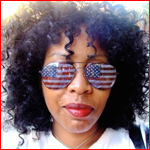 DJ Crystal Clear, columnist, DuRANT
Movie: Black Swan
Television Series: Hoarders, Project Runway, Millionaire Matchmaker, The Rachel Zoe Project, Seinfeld reruns, How I Met Your Mother, The Fashion Show, America’s Next Top Model, Real Time With Bill Maher, Gene Simmons Family Jewels, L.A. Ink, The Ovation Network, Celebrity Rehab With Dr. Drew…
Book: Book? I don’t have time to read a cottdamned book. Shit, I’m busy teaching kids who don’t wanna learn how to read! (and maybe I watch too much tv)
Album/song: Kanye West’s beautiful crazy mess/Monster
Comic Book: I just dug up my Prince #1 comic.
Video Game: I have been sucked into “Angry Birds” on my iPad
DVD/Blu-ray: My VCR died last year and I’m still crying about it. He was 25 years old.
Viral Video: The Bed Intruder Song. The end.
Music Video: People are making these again?
Favorite Website: Forces Of Geek and Old Navy
Best Broadway Show: The Scottsborough Boys
Celeb Crush: David Bowie, first and last and always…LOVE
Biggest disappointment of 2010?  Heidi whats-her-face-who’s married to that asshole didn’t die on her plastic surgeon’s operating table. I think it would have been a great lesson to the kids out there.
What are you most looking forward to geeking out over in 2011?  In 2011 I want to make more art.

Just a few thoughts on a few films that few cared for… SOLITARY MANI’m surprised this one wasn’t a bigger hit, since it’s another... 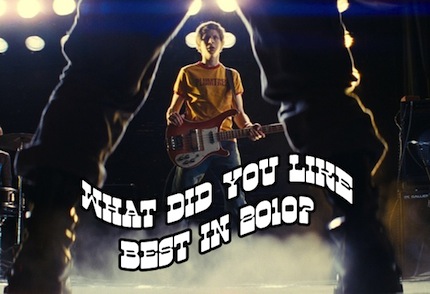 This is it. The final chapter.  Happy New Year to all. Keep geekin’. Jay Williams Columnist, Jammin’ On The One / Super Middleweight Trivia... 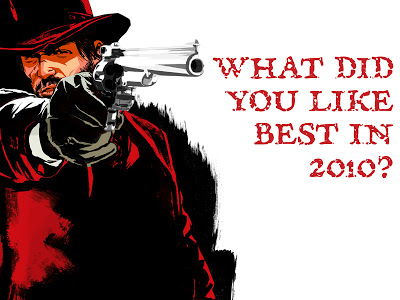 On Wednesday, FOG! will be celebrating out second anniversary!  The Best of 2010 will be done by then! Todd Sokolove Columnist, In Defense Of... 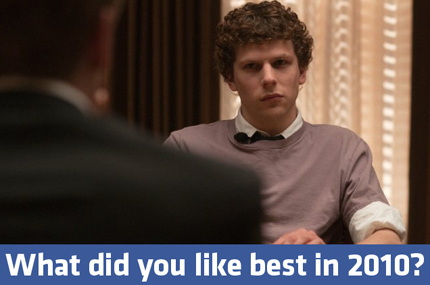 Another batch of some of the smartest writers online telling you what made this past year rock for them.  Send in your picks and...