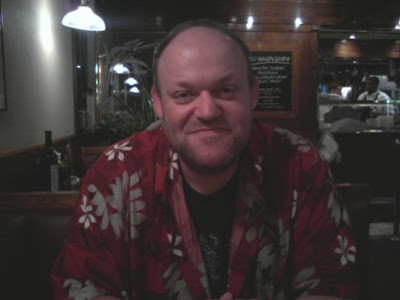 I’ve known author Walter Greatshell for close to a decade and his recent success is more than well deserved.

In 2004, Berkley published his book Xombies, which chronicled a virus which spread rapidly and transformed people into monsters and the uninfected teenage girl, Lulu Pangloss, who flees to the last safe place on the planet.

After slipping out of print, it was re-released, slightly revised last year through Ace Books as Xombies:Apocalypse Blues. This past February saw the release of a sequel, Xombies: Apocalypticon with the final part of the trilogy Xombies: Apocalypso will be released in February, 2011.

WALTER GREATSHELL: Mad Skills is the story of a teenage girl, Maddy Grant, who is badly injured in an accident, then awakens from a coma to learn that her damaged brain has been repaired using experimental technology, in essence making her a human supercomputer. 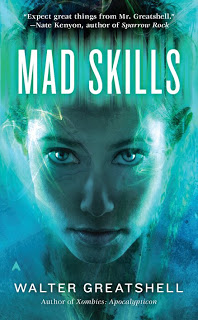 This sounds fun, but there is a steep downside to it: Suddenly, she understands how the world really works, and how screwed up everything is.  Her increased perception drives a wedge between Maddy and everyone she loves, and eventually leads to a complete mental breakdown, requiring her to undergo a program of psychological conditioning before she can re-integrate into society. But Maddy soon learns is that she is being manipulated for a much deeper, darker purpose.  It’s my attempt at combining a YA-type premise with classic conspiracy thrillers like Coma, The Stepford Wives, or The Manchurian Candidate.

Both Mad Skills and your Xombies trilogy at their core all feature technology and science gone awry. How much and what kind of research do you do considering that your work is horror/science fiction?

I don’t consider it research, since I’m really just reading for pleasure, and technology is one of my major interests. I love technology, but I also know it is probably going to end up destroying us. In the case of my Xombies books, I learned everything I needed to know about nuclear submarines by actually working at a submarine factory. I took that job because I needed work and it sounded interesting to me, not because I thought it would make good material for a zombie novel. But it did.

That’s the beauty of writing fiction; everything you do is research.

In thinking about Mad Skills, I considered where certain state-of-the-art technologies might be leading us in terms of corporate manipulation, and the plot developed from that. What’s interesting is that some of the more absurd-sounding things in the book, such as a computer made of leech neurons, or remote-controlled rats, are actually based on real experiments that have been going on for years. It’s not such science fiction.

Like Michael Crichton’s work, you tend to point out the dangers of scientific progress rather than speculate on what it can positively accomplish. Are you a fan of his work? What other writers or books have influenced you?

I am a fan of some of Crichton’s early stuff, particularly The Andromeda Strain and Westworld.  Anybody familiar with those will probably recognize his influence on both Xombies and Mad Skills. But I prefer writers with a more absurdist sensibility, such as Kurt Vonnegut, Thomas Berger, Kafka, or Vladimir Nabokov, just to name a few. Catch-22 by Joseph Heller is a favorite, as well as the movie Dr. Strangelove.

I also read a lot of nonfiction, and just finished a biography of William Golding, a history of ancient Rome under the Emperor Trajan, another history about the Vikings, and an unbelievably grim account of the siege of Leningrad.  Thanks, Public Library! I don’t restrict myself to any particular literary category; I’ll read anything as long as it’s good. For instance, I hate football, but I would gladly read a well-written satirical novel about football.

One of my all-time favorite books is a bio of Dean Martin called Dino, and I never gave a crap about Dean Martin. Anything can be interesting as long as you have the right guide. As to the positive effects of science, I don’t think there’s any doubt that we all benefit tremendously from technology. Scientific progress is the only hope we have as a species. But science costs money, and the people writing the checks are more often like Dick Cheney than they are like Gene Roddenberry.

Xombies has proven to be successful enough to be reprinted from another publisher and spawn two sequels. When you wrote the first book, the zombie craze didn’t really even exist. Do you think that we’re at the tail end of the walking dead being the horror flavor of the moment and what do you see or want to see be the next big thing? 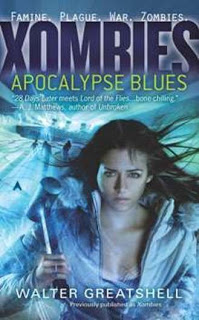 The only zombie book I knew about when I started writing mine in 2001 was I Am Legend, by Richard Matheson. I was trying to be original; I didn’t give that much of a damn about zombies. I was interested in writing an exciting story that happened to have zombies in it.

Story is what counts.  If George Romero had been a bad storyteller, zombies would never have stuck in the popular imagination the way they have. But because of all the recent Romero imitators, that specific vision of rotting, flesh-eating, shoot-‘em-in-the-head undead has really come to define what the word “zombie” means to most people.

Since my Xombies are very different, this zombie craze has done little for me except make reasonable people dismiss my work as just more zombie kitsch. At this point it’s probably impossible for any zombie-related story, however original, to be looked at independently of this trend.

Speaking of which, I predict the Next Big Thing will be ghosts.

Nobody has done a really great ghost story in a long time; we’re overdue for one. Also, a guy named David Wellington just wrote a fantastic new take on the werewolf idea, called Frostbite, that avoids all the stale old tropes and is more of a chase thriller.

Well, I mentioned Frostbite, and there’s also Bob Fingerman’s new zombie book, Pariah, which is like Night of the Living Dead set in a New York apartment building instead of a rural farmhouse. Both of these guys have that absurdist thing that I like so much.

I also am incredibly eager to see the Coen brothers’ adaptation of one of my top five favorite books ever: True Grit, by Charles Portis. There’s an earlier movie version with John Wayne that’s quite good, but it always bugged me that people lump it in with the big, dumb cult of John Wayne rather than the more select cult of Charles Portis. Portis has been an idol of mine for years, and I’ve long suspected that the Coens were also major Portis fans. Their movie Raising Arizona had remarkably Portis-like elements.

In fact, a perfect sequel to Raising Arizona would be Portis’s novel, The Dog of the South. So when I heard they were remaking True Grit, I thought, “AHA!”

Finish this sentence, geek is the new…

Chic? Or maybe I should say sheik, since you are the Sheik of Geek.

Thanks, Stefan! And happy holidays to all in geekdom!