As a newly minted home owner (and horror movie fanatic) I am naturally inclined to believe that the dwelling that I sunk a small fortune in is probably possessed by an evil spirit and/or is a doorway to hell.

The reason I believe this, is because while searching through listings of homes that I could afford, I came to the realization that what I could actually pay for a home would net me something close to a crack den in the seedy part of town and not a charming abode that would give me years of happiness.

Defeated by my obvious lack of choice, I started to inquire to my frustrated real estate agent that I would be interested in any home on the market where animals and families were slaughtered mercilessly. He, of course, was horrified by my lack of humanity and started to ignore my calls but, after explaining that I wasn’t a Satanist but a cheap son-of-a-bitch looking for a “Murder Special”, he put together a new list of homes to show me which were startlingly nice.

Now, while he didn’t specifically tell me that ritual murders were committed in these batch of homes (even though I suppose he would have to disclose them legally) I was pretty sure blood was shed at some of them due to the fact that there is no way I should have been able to step foot in any of them due to my credit score.

So naturally when I spotted the house that would eventually be mine, I crumbled under its awesomeness and knew that something bad had to have happened for me to be able to purchase it.

Me: Okay, so who died here?

Me: Bullshit. This place has an entire wall made of stone with a hip sixties-style fireplace.
Obviously someone was shot in the face if you are bringing me here.

Agent: The owners are very motivated.

Me: Of course they are, a demon is probably anally raping them while they sleep. So, give it up. Why are they moving?

Agent: They built a new house and don’t want to carry two mortgages.

So I made an offer, it was accepted, and now I am in the process of moving into a house that is much, more cool than I will ever be.

And which will probably swallow my soul whole in some evil picnic whereby the spirit of a mad preacher will tear apart my flesh and suck the marrow from my bones.
At least that’s what I imagine will happen.

So, in order to be prepared for my eventual demise, I decided to be proactive and immerse myself in all house-related horror films so that when I feel the unacceptable probing in my back-end I will be able to handle myself appropriately. 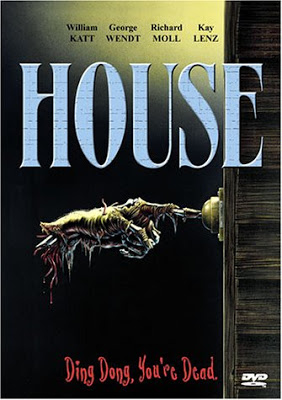 The Greatest American Hero (William Katt) and his amazing ‘fro move into his dead aunt’s house after his writing career crashes and burns (hmmm…sounds vaguely familiar). There’s also some stuff about his son missing and blah, blah, blah. Basically the house makes him relive his worst memories and he learns to deal with shit (Lesson learned: Houses have the ability to go all therapist on you…a high dose of Xanax might be in order to counteract the repressed memories). 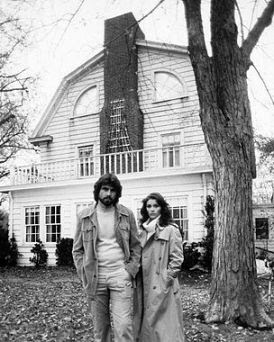 Family gets a good deal on a house. House is evil. Spawns a litany of schlocky sequels. House doesn’t like priests…at all. (Lesson learned: Under no circumstances is the name Jodie appropriate for a demon pig…if you have glowing red eyes and the ability to scare parents, you should seriously consider a name worthy of being feared…like Janice or Marshal otherwise, I’m not going to bother performing an exorcist on you). 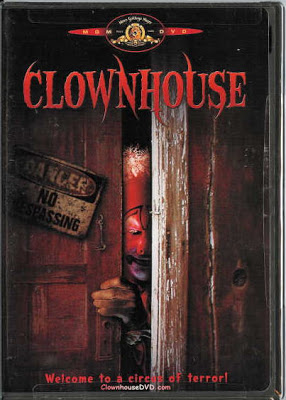 Three brothers (one of which is Sam Rockwell) are left alone and go to the circus to amuse themselves. Some insane people go to the circus as well and kill some clowns for their clothes. The faux clowns then go to the boy’s house to terrorize them…by appropriately instilling a healthy dose of clown fear. (Lesson learned: Clowns are scary but the director of this movie is even worse. Victor Salva was convicted of child molestation by one of the actors on this film and, after serving his sentence, he went on to create and direct the movie Powder…so I guess if killer clowns start nesting in my home my first line of defense is to search the sex offender list to see if Salva is in the neighborhood). 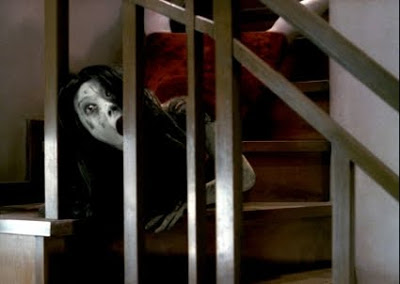 Buffy goes to Japan with her boyfriend and becomes a nursemaid to a woman who likes to sleep on a mattress surrounded by garbage. Some dead people, who used to live in the house, stay in the attic for the most part (except when they come down and scream like cats and tear people’s jaws off) and occasionally suffer from bad hair days. The house smells like ass and everyone who steps foot inside of it ends up dead, including the chick who played Marcie, the vanishing girl, on an episode of Buffy the Vampire Slayer ( Hey! Six degrees of Sarah Michelle Gellar). (Lesson learned: If you move into a house where a jealous Japanese man kills his entire family because his wife has a stalker crush on her American professor, it’s best to leave that taped up closet with the attic entrance alone and maybe stash your porn collection in the basement instead). 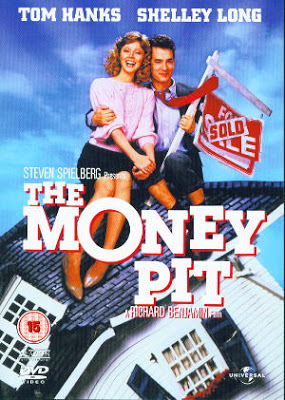 Two people buy a house and sink every penny into it only to lose their minds as it crumbles around them…wait, holy shit, this is exactly what I’ve done…Oh my God! I can’t learn a lesson…I’m stuck…I’m so stuck…(sobbing begins).

So as you can see, I am now properly prepared for any and all horror that will happen as I embark on this new venture…maybe.