Well, meet Kit Robot, Remo and Kiyo, creators of LoveBots – the hottest thing to hit your iPhone since you first downloaded Twitter.

This is the Art Toy Digital Revolution – join the LoveBot Army! 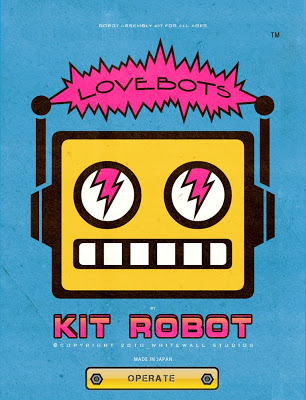 Q: We all love Robots – but your love is special. Where did the idea come from?

A (Remo): For my entire life I’ve been collecting robots and robot kits, model kits and sci-fi, pop culture and movie toys – so it came to me, naturally, to design a digital version of these toys using various parts to create a unique whole. Like a plastic model kit, but for your iphone/ipad.

To develop and create the App from the ground up, I partnered with my friend and colleague Kiyoshi Kohatsu and LoveBots – Kit Robot – was born.

Both of us have a background in animation, including some major titles; Kiyo specializes in character development and I in direction, so we make a great team, and we have a love of cartoons, sci-fi and all things geeky. For 4 – 5 months, we’ve been developing each of the parts, referencing toys and robots from the golden age of tin toys, books, old Japanese Magazines, etc, coming up with robot ideas and how they will fit together. Then designing layouts and interfaces so the App is user friendly and intuitive. It has been a lot of fun. 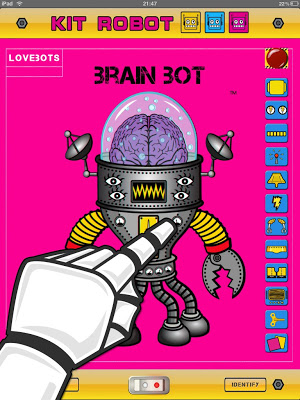 Q: My son’s six and he adores this App. Did you make this for kids? Who do you see getting into their LoveBots?

A: (Kiyo): From the beginning Remo had in mind children as users of the app, but not exclusively, although still a very important target.

(Remo): There’ve been many tools to create your own avatar and use it in a social environment, but these are mainly for adults or teenagers; we wanted to create something for everybody – we decided to add the social element to it as a way of achieving that. So with LoveBots, you can be creative and then upload to Facebook, Twitter, Flickr or other social networks as your profile picture. This serves as a great outlet for adults to show off their Robot-selves using the App. You can also create 100s of Robots out of the box, with the kids or for yourself. We wanted something for kids to share with friends and family, and for adults to share with their Social Networks. 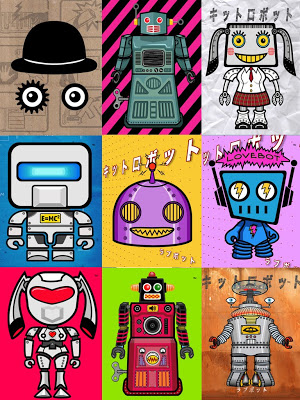 Q: Some of the imagery reminds me of some classic SF fictional characters. Are you a fan of the cult SF genre – or robots in general?

A: (Remo): I’m a huge sci-fi fan, have grown up watching it and collecting robots and toys. I have about five hundred robots in my collection, from the classic Japanese ‘50s and ‘60s – Tetsujin 28, Astro Boy etc – to more modern Japanese Robots – Gundam, Mazinger Z. I have vinyl toys of this millennium and many Star Wars droids and bots.

I’ve even built a few working robots in my time. Living in Tokyo means that we have access to a variety of Robot stores housing bots from the old to the new. There are Robot clubs here and you can find parts, electronic and computerized, and build any kind of Robot from a tiny computerized butterfly to a three-foot walking Mecha or Gundam with hydraulics.

(Kiyo): As a kid, I grew up dreaming of someday owning my own R2D2 and I collected many of them, Twiki (Buck Rogers in the 25th century), The Lost in Space Robot, Astroboy, and may other Japanese anime bots. So we’re influenced a little bit by some of these childhood icons and especially try to pay the homage they deserve. 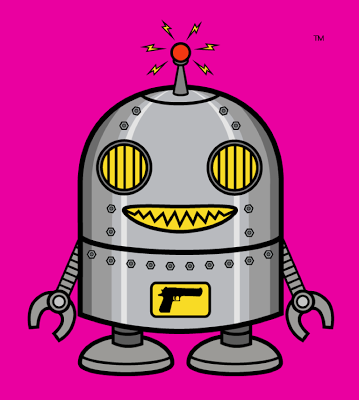 A (Remo): LoveBots was immediately picked up as a No 1 staff favourite on iTunes in Japan. From there we started our Facebook Page and it’s slowly been growing with fans posting and sending us their designs. We plan to release a LoveBots App/Book of the best 200 LoveBots sent to us from fans around the world. The LoveBot Army, as we like to call them, is growing fast. We’ve been getting a lot of online reviews as a result and we’re thrilled with the response so far. We would really dig it if it catches on in the UK. I am from Coventry originally, and it’s always nice to have a hit in your home country. 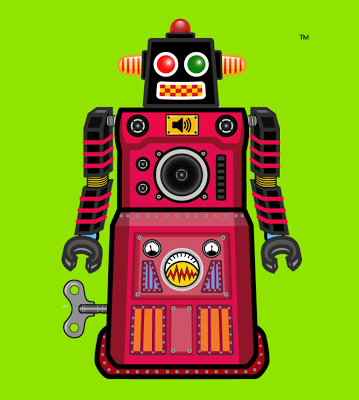 Q: Seriously – just how much fun do you guys have making this stuff up?

A (Kiyo): Just designing the bots brought out my inner child. I was very happy and giddy creating them and what gave me the most pleasure was the thought that people would have a laugh and lot of fun while using the App.
(Remo): Yes, of course. Its actually one of the best jobs in the world to be thinking up something that has so much appeal to us and that has never been done before. It’s so cool that you actually enjoy every second of it. 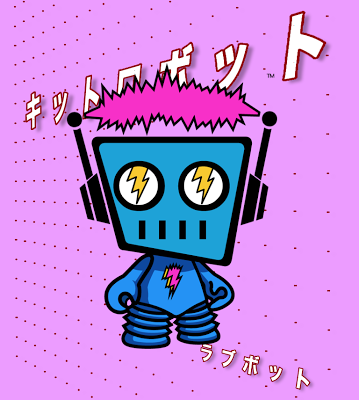 Q: Okay, this is supposed to be an Art Toy blog. Do you have any plans to branch out into 3D DIY LoveBots?

A (Remo): Yes, this is in the pipelines. We’re in the process of designing vinyl figures made from the parts that we have in the App. It’d be great to have a collectable line of LoveBots out there that one can assemble from a variety of parts found in a box. We’ve already been working with some 3D software prototype models, we just need to find a partner that can help us build them.

Q: As we move into 2011 – what next? Is the LoveBot takeover coming to us next year?

A (Kiyo): We are already brainstorming the next version of LoveBots and sister Apps. Maybe a game too. And, given our background in animation, we’d like to branch out and make an animated TV/Web series with the characters inside the LoveBots world!

(Remo): Yes we’ve started work on the next line of Apps. We also have some new ‘bots that will be popping up in LoveBots as updates and, as Kiyo mentions, we’ve several sister Apps that will take there place in iTunes App History. Also in the pipelines is a LoveBots animation, plus t-shirts, ipod/ipad/iphone skins and more. 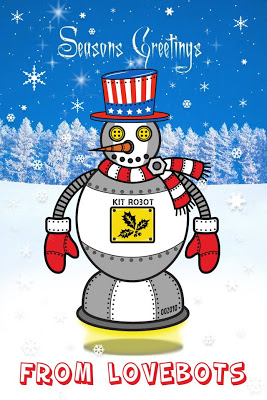 This is just the beginning, so please enjoy, and welcome to the LoveBot Army.