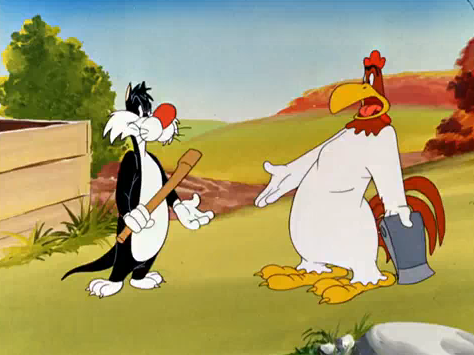 Warner Bros. animated stars are some of the most beloved characters ever created and now, two character-focused DVD collections have been released.

Check out the cover art, details and clips after the jump. 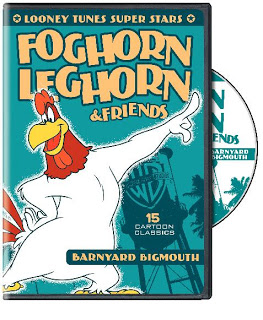 Foghorn Leghorn, the overgrown, adult rooster with the strong Virginia accent and a penchant for mischief, is featured as the Super Star is these Looney Tunes cartoon shorts. Watch the diminutive Henery Hawk’s attempts to catch and eat Foghorn, Foghorn’s gags on his canine nemesis Barnyard Dawg and finally the overgrown rooster’s efforts to woo the widowed hen Miss Prissy in this collection of cartoon shorts. Additionally Foghorn is joined on the disc by some other Looney Friends such as Elmer Fudd and Two Crows. 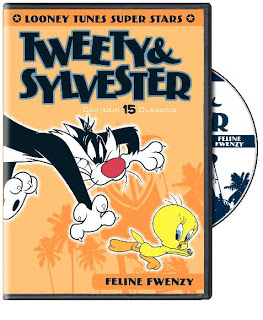 When Friz Freleng directed 1947’s “Tweetie Pie,” he may not have known he was making history. This, the first pairing of Sylvester the sputtering cat and Tweetie (later Tweety) the wide-eyed canary, won an Academy Award and united a duo that would appear in more than 40 Warner Brothers cartoon shorts by 1962. Sylvester and Tweety earned their studio another Academy Award for 1957’s “Birds Anonymous” and several other Oscar nominations through the years. Generations of Americans have grown up watching Sylvester’s classic, ever-thwarted attempts to catch Tweety. With two of the most famous voices in cartoons, both supplied by Mel Blanc, Sylvester’s sloppy “sufferin succotash” and Tweety’s baby-voiced “I tawt I taw a puddy tat,” Sylvester and Tweety are two of the most quickly identified characters in cartoons.

This second installment of the “Looney Tunes Super Star” series prominently stars one of the Looney Tunes franchise’s most popular characters, Tweety!