Welcome to our newest feature, Newsgeek, where we will present information from various press releases and hype requests.  If you have something that you’d like mentioned on Newsgeek, send an email to editor at forcesofgeek dot com and use the subject heading “Newsgeek”.

Cartoonist Brian Sendelbach is leading a boycott of Conan O’Brien’s show, Conan, after discovering that they have infringed on his creation of the character, “Black Aquaman”.

As the creator and sole copyright owner of the “character” Black Aquaman™, I hereby publicly protest the usage of Black Aquaman™ in the December 7 Conan O’Brien Show. If you haven’t seen it yet, here’s the clip:

I created Black Aquaman years ago in my legendary — yet now-defunct — comic strip, Smell of Steve, Inc. The character quickly became one of my most beloved and revered. And Black Aquaman™ gained even more recognition last year, when my comic strip collection PLANET OF BEER™ FEATURING BLACK AQUAMAN™ & HIS FRIENDS was released to wide acclaim and five-star reviews.

I have papers and official copyright notices that prove my ownership of this engaging and unique character, and thus am legally entitled to monetary compensation upon each and every “usage.”

Unsurprisingly, my letters (as well as those of my lawyer, Asian Matt Murdock/Daredevil™) to the Conan O’Brien staff have thus far been ignored. So I have no recourse but to “take this fight to the streets” and “throw the kid gloves in the trash” by calling for harsh punitive measures.

What am I asking for? Nothing less than a FULL BOYCOTT of Conan O’Brien’s talk show! That is, until he’s dealt with the Black Aquaman copyright problem to my satisfaction (monetarily or otherwise). I know it sounds harsh, but stealing Black Aquaman from me was pretty harsh too, right? So Conan will just have to deal with that.

So I repeat: until further notice, please refrain from watching Conan O’Brien’s talk show. (Jay Leno is so much funnier anyway.)

Perhaps as a result of these severe measures, Conan O’Brien and his waaaaah-waaaah-we-can’t-come-up-with-our-own-original-ideas writers will see exactly where the power lies in this condemnable situation. It lies with ME! (And of course, “the people.”)

Lucas McNelly is currently raising money via Kickstarter for his new project. 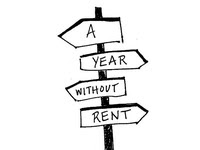 Basically, I’m going to be spending a year living on the road, volunteering on indie film projects all around the country. Along the way, I’ll be documenting the process with a bunch of web 2.0 tools: Foursquare, Facebook, Twitter, Flickr, Vimeo, YouTube, etc, etc, and at the end of the year compiling all of that into a multimedia ebook (or an iPad app, or whatever Steve Jobs thinks is cool) that explores the idea of mobility for a creative professional. Just how connected does all this social media stuff make us? Has it created a situation where a filmmaker can thrive outside of NYC/LA? How does it change how we work? How we build an audience? How we live?

As I work on these films (we’re lining them up all over the country as I type this), I’ll be talking to the filmmakers, exploring their tips, their tricks. If it helps, think of it as an on-going collection of Behind the Scenes DVD extras. We’ll also be helping these films find a larger audience while they’re still in filming, which is of course an essential step these days.

We’re partnering with Shuttercal.com and Tripline.net (and we’re working on a few more) to document everything with photographs, videos, blog updates, articles, and interviews. Everything will be geo-tagged and show up on a massive map. We’re also working on something of a game element where people can get extra stuff if they come and find us on the road.

Right now we’re running a campaign on Kickstarter to both get the word out and raise some money to cover gas and insurance and whatnot for the year, thus allowing us to help even the smallest indies that are already strapped for their budget and would kill for an extra set of hands and some free publicity. We’ve compiled a pretty cool interactive list of perks. So far the Bizarro Map has proven to be pretty popular. One filmmaker even said ours was “the most innovative crowdfunding campaign at the moment”, which is pretty impressive when you think about it.

Check out the Kickstarter page HERE!

Author Ethan Gilsdorf (Fantasy Freaks and Gaming Geeks) recently revealed the winners of the  contest that he co-sponsored with Geek Mom.  Entrants were required to submit a poem in any form of their choosing (haiku, rap, free verse, Klingon sonnet) on any geeky topic: Tolkien, Star Wars, Star Trek, gelatinous cubes, World of Warcraft war chants, hobbit drinking songs, odes to Harry Potter, ballads of Gary Gygax. Poems that somehow managed to work in the name “Ethan Gilsdorf” (which, according to legend, is either Elvish or Elvis) were hard to resist. Winners got autographed copies of Ethan’s awesome book.

Check out the winning entries HERE!

To enter, visit www.Facebook.com/LincolnButterfield and take a look at the incomplete Christmas Comic Strip drawn by Emmy Award Winner Mitch Schauer displayed on the page.  All you then have to do is come up with a hilarious punch line to complete the strip and you’ve entered the competition!  The winner will receive a copy of the graphic novel, Rip, M.D.

FATHER OF THE YEAR

You have to give it up to a dad who, after being charged with felony child endangerment for throwing his son off a sight-seeing...

Shane Black and Downey According to Heat Vision, Shane Black has met with Marvel Studios to discuss his take on the third Iron Man...