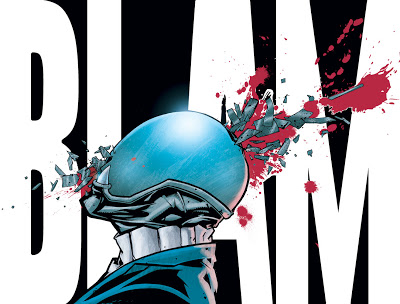 Yesterday, IDW rocked the comic world with the release of G.I. Joe: Cobra #12 with the shocking assassination of the Cobra Commander.

This attack, by Chuckles, G.I. Joes’ top undercover agent, is the conclusion of a year long storyline in which he infiltrated Cobra in order to bring them down from within and kicks off the next era of the IDW G.I. Joe comics line.

Next month, both the G.I. Joe and G.I. Joe: Cobra series conclude, setting up April’s releases of both  G.I. Joe: Cobra Civil War #0 and the G.I Joe Cobra Commander Tribute.  In May, IDW relaunches the G.I. Joe line with three new ongoing series, Cobra, G.I. Joe and Snake Eyes.  All three books will chronicle the the hunt for the new Cobra Commander storyline and the Cobra Civil War.

Solicitations for April’s releases and more details and art after the jump. 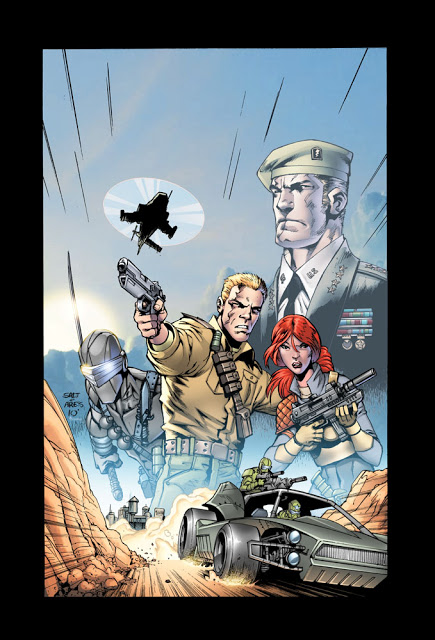 Chuck Dixon, Mike Costa (w) • Javier Saltares, Antonio Fuso, Agustin Padilla (a) • Tom Feister, Fuso, Gabriele Dell’Otto (c)
COBRA CIVIL WAR BEGINS HERE! The Commander is dead! Long live… Cobra Commander?! But the questions is, who will BE the NEXT Cobra Commander?! The role of Commander must be filled—now the most lethal and cunning Cobra operatives will COMPETE TO REIGN SUPREME. The winner—he who kills the most G.I. JOES—will take the reins of COBRA! Bonus: Ninja Force!!!!! Yeah, baby! 30 big pages of story at regular price! This is the place to jump on board and see what everyone’s been talking about!

G.I. Joe: Cobra Commander Tribute 100-Page Spectacular
Mike Costa & Christos N. Gage, various (w) • Antonio Fuso, various (a) • Fuso (c)
Featuring a new cover by Fuso, this issue reprints the instant classic: G.I. JOE: COBRA #12—The Death of Cobra Commander! It also contains new insights from major Cobra and G.I. Joe players on what the demise of the Commander might mean for them and the world, creator interviews, and more, along with classic Cobra Commander tales from the past! Contains bonus poster of the Kill Shot!
FC • 100 pages • $7.99 • Expected in-store date: 4/6/11

IDW Editor Andy Schmidt and IDW Director of Marketing AnnaMaria White hosted a special video conference last week and outlined some of the exciting plans for the G.I. Joe franchise.

This storyline will tighten the continuity of the G.I. Joe line as the hunt for the new Cobra Commander follows a very simple job requirement: He who kills the most Joes becomes the next Cobra Commander.  This relaunch is truly a jumping on point and each of the number one issues will have three covers, reflecting the nine candidates.  The new books and their creative teams are:

According to Schmidt, the storyline will be resolved in less than a year and the stakes are high.  Not only are the Joe’s at risk, but these nine candidates are competing against one another and the Cobras are keeping score and will try and trip each other up.

With many (and they mean MANY) characters not making it out alive, will the story be nothing other than event driven shock value?  Schmidt says no.

“I don’t think anything that we’ve done has been just for shock value. Hopefully there have been some shocks and surprises along the way.  Shocks are good for getting a couple of headlines and maybe getting some attention on the books, but if people come to the books and pick them up and theres not a good story with characters that are interesting and intriguing that they care about than we’ve failed as storytellers.”

This storyline will also be introducing new Joes to the books as well.