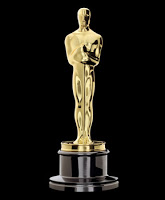 By now, most cinegeeks and moviegoers in general are discussing today’s Academy Award nominations.

Overall, not only were there very few surprises, there were a few disappointments of the glaring omissions.

Also, as one of the few persons on the planet that find the majority of Pixar’s output to be calculatingly emotionally manipulative, I continue to be irked when an animated feature can be in competition for “Best Picture”.

And while we’re at it, isn’t it long overdue to establish a “Best Comedy/Musical” feature category?  It would be nice to recognize films like Easy A, Scott Pilgrim Vs. The World, Solitary Man or I Love You, Phillip Morris?

So what did they miss?

First of all, Ben Affleck’s The Town was the film that should have knocked Toy Story 3 to the Best Animated Film category.  And I wouldn’t have been disappointed with The Ghost Writer being recognized.

And why wasn’t Tangled recognized as one of the best Animated Films?

Despite a piercing coldness that fills so much of his work, Christopher Nolan deserved a directing nod for Inception, as did Martin Scorsese for Shutter Island and Roman Polanski’s The Ghost Writer.  And Affleck for The Town.

Scott Pilgrim should have been there with all of the visual categories under it’s belt as well as adapted screenplay.

Let Me In was deserving of a Best Picture nod as was director Matt Reeves lead actors Kodi Smit-McPhee and Chloe Moretz with the inimitable Richard Jenkins and Elias Koteas as supporting.

Pierce Brosnan as supporting actor for The Ghost Writer with Andrew Garfield in the same category for The Social Network and Matt Damon for True Grit.  The supporting actress that appeared to be glaringly absent is Julianne Moore for The Kids Are All Right.

Best Actors should have included Michael Douglas for Solitary Man, Robert Duvall for Get Low, Leonardo DiCaprio for Shutter Island, and of course, Mark Wahlberg for The Fighter.

I might be the only one who feels this way, but Mel Gibson rocked Edge of Darkness.

Once again, as awards season winds up, I’m reminded of some of the best work of the year.

Somebody has to be.