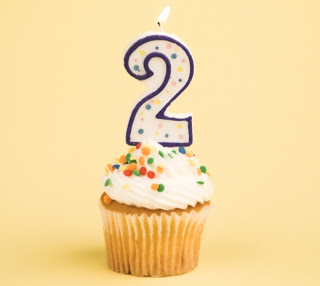 Thanks for being here.

Two years ago today, Forces of Geek launched, a reimagining of my previous site, Forces of Good.  The past two years have been a blur, both personally and within the context of the site.  As many of you know, I launched this site as a fresh start following my father’s fall, broken hip and onset of dementia.  The disease has progressed and although it’s unlikely that he’ll see the third anniversary, this site would not exist without him.

I also want to publicly acknowledge all of the contributors, both past, present and future for helping make this site what it is; a collection of actual writing by some of the most talented people around.  I want to acknowledge Steve Ahlquist and Jay Williams (and the on hiatus Ryan Jackson), who have been a part of every incarnation of the site and who continue to deliver great work.  Also I want to thank departing writers Don Roff, Jackie Cruz, Abby Mims, Tea Krulos and John Ginsberg-Stevens for all of their hard work.  Jackie was the first editor that I added to the site and was a tremendous sounding board during the latter half of the first year and beyond.  Thanks also to all of the tremdous people that I’ve worked with, from PR folks to some of the great folks that I’ve interviewed.  Also, a standing ovation for Elizabeth Weitz, the site’s Managing Editor, who has not only become an invaluable asset, but also continues to post great content and a ridiculously funny column.

And finally, thanks to all of you reading, commenting, retweeting and spreading the word.  Please keep it up!

We’ve got lots to celebrate this year including some great new contributors, several theme weeks and a few other great surprises.  Above the header, please find a link to learn how to contribute and get in touch if you are so inclined.  Thanks to all of you for helping make this happen.