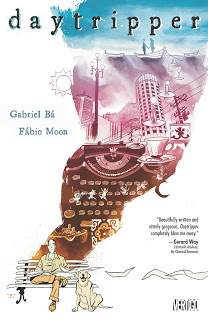 Comics are the only medium where the creator wants you to understand his/her vision so implicitly that they physically draw the narrative for you, and yet — unlike other visual mediums — it can only be experienced intimately; with a book only a few inches from your face while the edges of its cover applies borders to the outside world. Ideally, comics are made for the artist and reader to share a cup of coffee, to condense philosophies into snug little world balloons. Daytripper understands that with great success and embraces that one-on-one experience by focusing on the moments in-between life’s panels. 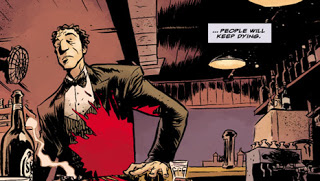 There is life after death for Bras de Olivia Domingos. After wasting his entire writing career typing obituaries for Brazil’s dearly departed, Bras meets his own untimely death (oh, stop whining…it’s not a spoiler). A lifetime of missed opportunities means an afterlife of re-experiencing each and every one of those mistakes. However, this personal hell also comes with a side alley that features a life fulfilled.

Imagine an existence where true love can ignite inside a drug store, a walk to the beach can change your life, the right job is obvious, and self-doubt will never interfere. Guided by Iemanja, the water spirit of Salvador, Bras meets the alternate Bras he could have become, and (not to shockingly) his life could’ve have easily shifted within a single moment. 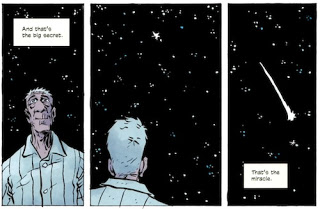 With Daytripper, Brazillian brothers Gabriel Ba (The Umbrella Academy) and Fabio Moon (Casanova) are only interested in talking to you. In exchange, they ask for nothing more than your thoughts on culture, fortuity, death, family, life, self-worth, and love (okay…and $19.99 before taxes). It’s such a personable storytelling experience that, by the time you reach the final chapter, you truly do feel connected to Bras de Olivia Domingos (for my money, Domingos rates up there with Peter Parker in terms of relatable everyman status). This is underlined eloquently in the graphic novel’s eighth chapter (“47”), in which Bras isn’t seen through the entire story but his presence effects so many of the supporting characters and the reader. 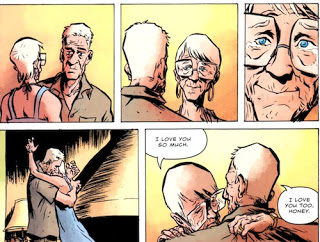 Judging by the number of positive declarations that adorn the softcover, it would seem that Ba and Moon have not only struck an emotional chord with critics but have also gotten everyone to talk about Daytripper. If anything, this only strengthens the theory that comics can be a conversation between the creator and the consumer and Daytripper is definitely a book worth sharing and discussing. 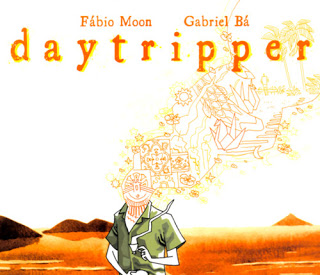