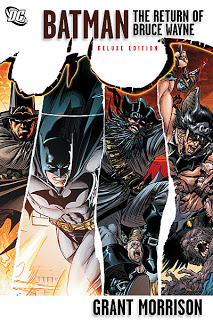 Back in 2008, writer Grant Morrison (The Invisibles, New X-Men, All-Star Superman, win, win, and win) decided to take a crack at Batman and his psychologically tormented cast of characters. He weaved an unparalleled web involving Silver Age continuity, gods, Batman’s offspring, demon worshippers, space-time continuums, sexual deviancy, and, ultimately, the death of Batman himself. But, c’mon, nobody stays dead in comics…and so Morrison has been kind enough to clean up his super-involved murder mystery within the pages of Batman: The Return of Bruce Wayne. 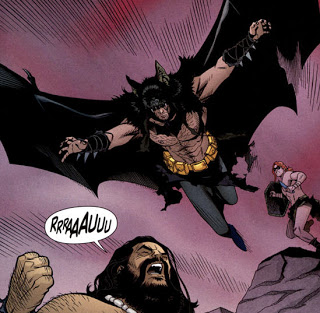 (Breaks out chalk board and starts speaking like Christopher Llyod.)

So, after the events of Final Crisis — in which, super big bad, Darkseid snapped his fingers and blinked Batman out of the timeline — Bruce Wayne finds himself in the age of the Neanderthal and with a pesky case of amnesia. Through symbolism and detective work, Wayne pushes through time, bouncing from amusing periods in Gotham’s history while unknowingly being pursued by a tentacle monster tasked with keeping a Batman down (Darkseid’s doing). On Bruce’s tail is the Justice League, who have to try and halt Wayne from getting to the present. Apparently, Batman’s time displacement was accounted for by Darkseid, and his semi-existence and determination is causing the continuum to collapse (honestly, I barely got that part).

Time-travel has always been a difficult subject to navigate, and while Morrison does run the risk of losing the average schmuck with all his chronological jibber jabber, it’s not those elements that are hardest to decipher but the big reveals that will give you a headache.

Admittedly, The Return of Bruce Wayne hardcover is one piece of a bigger puzzle (but an important piece nonetheless), so you won’t get the entire picture from just this collection. Morrison has created an incredibly ambitious detective story, one that is mostly satisfying because of its zeal. While the who and what is clear, the when and how gets a bit murky (and I am considering the arc as a whole, not just this deluxe edition). The writer places some fun clues throughout, but plenty of times I feel like he expects us to accept the answers at face value instead of detailing them himself. It almost stands to reason that a journey that stretches across two years and ten collections (and counting) deserves more linear answers (DC, please collect the whole thing in chronological order, it will get a purchase from this guy, at the least). 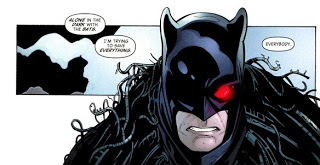 Similar to previous Morrison projects, a slew of artist take a stab at each story. The list of talent assembled is extremely impressive, particularly, Frazier Irving’s work on a story involving Gotham’s puritanical period. Irving’s art is just flat-out superb. That’s nothing to scoff at when you consider that his art is surrounded by illustrators like Chris Sprouse, Yanick Paquette, Ryan Sook (who draws the best females), Lee Garbett, and Andy Kubert. Unfortunately, artist Georges Jeanty (Buffy The Vampire Slayer: Season 8) seems to be at odds with his inker or colorist during an old west story guest-starring Jonah Hex. Still, you have to give it up to any talent capable of keeping up with the unfolding brain of Grant Morrison (I can only imagine a penciller’s frustration when the script calls for an “anti-trophy aegis”).

Can’t a grown man understand Morrison? That seems to be the confusion populating message boards and comment sections across the nerd-net. But is it valid? Since his official entry into superhero comics with Animal Man, writer Grant Morrison has always dug deep to spin his esoteric yarns. He’s garnered critical acclaim, won Eisner Awards, and expanded his mad adventures to more well known properties with each passing year, but is Morrison too heavy for the fanboy masses? Return of Bruce Wayne doesn’t provide any easy answers and yet, it stands to reason, that the grandiose sci-fi [email protected] is part of Morrison’s magic.

Now excuse me. I have to look up “anti-trophy aegis” and “hyper fauna” before I reread this… 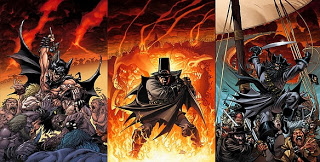