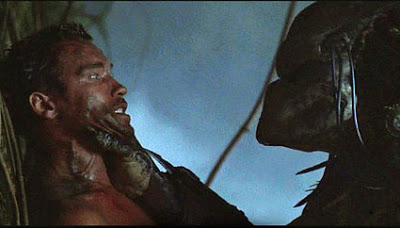 I am not a fan of musicals. Every time I am forced to sit through one I have an overwhelming urge to leave the moment the music starts up and the characters are filled with song.

It just doesn’t seem right somehow, this need to belt out a tune when, in fact, merely talking about your feelings would be the best course of action.

But, I think I might change my mind after viewing this video of Predator being set to music. It’s like a musical with lots and lots of blood and violence…the only kind of musical I could probably sit through sober.

Well that and the fact that it is only three minutes and thirty-two seconds long.

In this article:Comedy/Parody, Music, Watch This