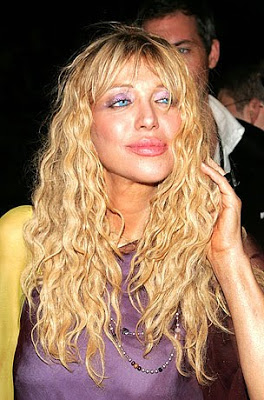 Share a line with her? Sure. A Needle…Probably Not.

Neil Strauss, author of the new book, Everyone Loves You When You’re Dead, has shared an intimate moment between himself and alt-rocker/skeletor-impersonator Courtney Love on his publicity tour stating that:

“She was serious when she made the offer…She actually said she would offer his [Kurt Cobain] ashes to me first to snort and then said she would like them to. But the idea was nixed as I don’t do coke.” [Radar]

Wow, so all that stopped him was that he didn’t do coke…I wonder what he would have said if Ms. Love offered Kurt up as a Lick ’em Stick?

Personally, I have no problem with snorting up a loved one’s ashes. Hell, it would save on costly funerals. Just bonfire the hell out of grandpa and then pass around a crazy straw…that way everyone in the family gets to have a little piece of Papa inside of them (of course, it might be a strange recovery program if you have to seek help for being addicted to your dead elder parent but I think the odds are pretty good that this would be a one-time event).

Anyway, Ms. Love was probably just trying to be nice to her guest and was all out of beverages at the time. You can’t just expect her to offer nothing, that would be rude.

Not to mention impolite.