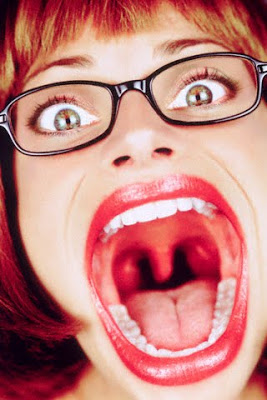 This isn’t even the scary part

I don’t know if the following video is supposed to be a tribute to the wonders of Invisalign Braces, an attempt to be humorous (and failing epically), or simply something created to add to the nightmare fuel of my life, but whatever it is, I am very much afraid.

Especially since there is a line-up of people in this video that seem straight out of hell:

There’s a guy who looks like Justin Bieber (ON PURPOSE!), a rapping female dentist who has had so much plastic surgery that she can barely open her mouth, a female stripper/patient that actually appears to be turned on by a dentist chair, and a Jersey Shore impersonator licking his own reflection in a mirror.

(see what I mean about a nightmare?)

Video of this horrific chaos after the break.