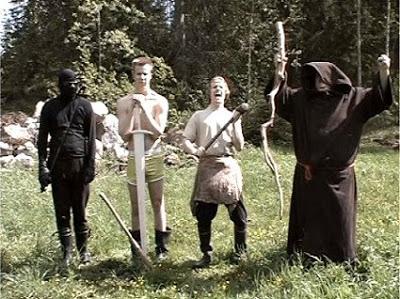 Sometimes those nights spent playing in an imaginary world with +2 invincibility can lead to some crush-worthy moments.

Not that I have any experience in this, of course.

But, if you happen to be in the need to woo an Elfin Princess and have the social skills of road kill, might I suggest putting on the aptly named This Fantasy World by The Doubleclicks and watch the magic unfold.

Sure, it sounds a bit like the Moldy Peaches’ Anything Else But You but who cares? You are in a basement playing a role playing game and have very little chance of feeling a real girl’s boobs if you don’t make this move.

So crank it up Wizard Boy, you might just roll some romance.