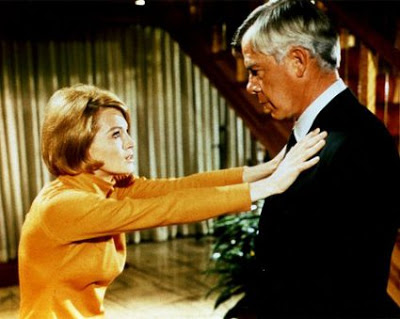 Get ready for it…

Because I often fantasize about doing to others what Angie Dickinson is doing to Lee Marvin in this video clip, I must say that I find this musically re-interpreted “Slap Fest” to be quite soothing.

Perhaps I have some issues I need to work through.

Anyhoo, the smackdown is taken from the 1967 film Point Blank starring Dickinson and Marvin while the music is based on Steve Reich‘s minimalist piece called “Clapping Music” and re-done by George Manak and Peter van der Ham.

I would say more but let’s be honest here, it’s all about the slapping.